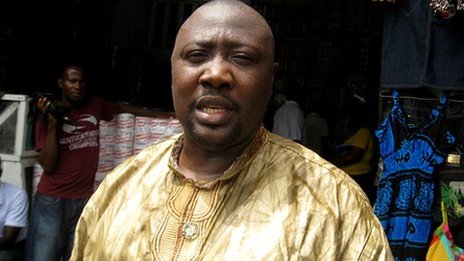 Fomba Trawally, who became one of the most prominent Liberian businessmen through hard work, perseverance and sincerity, started his journey with a humble beginning. His source of inspiration comes from his mother Kumba Beindu who did not have any formal education and sold peppers and aubergines to feed her children. She played a significant role in his early life and taught him some hard lessons to survive the tough world.

After her untimely demise, young Trawally started earning livelihood by selling shower slippers on a wheelbarrow. In 1989, when the civil war broke out, he fled from his country to The Gambia as a refugee and when situation became under control he returned to his country in 1992 and started his first company Kumba Beindu and Sons, sole importer and distributor of beauty products including Cocoa Jennifer and Cocoa Shakira in Liberia, with his savings of $25 and $120 that he received from his Malian friend. Today his company Kumba Bendu & Sons Inc. operates several businesses across the Monrovia and imports cosmetics and raw materials from different countries including US, Nigeria, Ivory Coast, China, and other places. Trawally has invested in building a factory in Monrovia to start manufacturing soaps and other beauty care products for the Liberian market. He also aspires to start a research and development centre to develop health and wellness products that exclusively serve African people.

Fomba Trawally was featured in BBC’s African Dream, a program where successful businesspersons from Africa share their journey on how they started off and made it big. Trawally also believes and emphasizes on starting with whatever one has in his/her hands, ‘I believe you should believe that you can do whatever you wish with $100 or $500 or whatever you already have in your account. My mother started with five or 10 US cents with which you can’t think of anything today.’