I have no sense of nostalgia. Tomorrow is what interests me. Francois Pinault 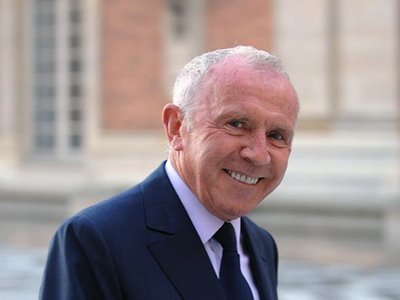 Believing in what negative people think of you or giving in to self-limiting thoughts is the biggest obstruction to success. People who channelize negative comments into changing their lives are winners; French business mogul and art collector Francois Pinault is one of them.

Things went worst for Francois Pinault when he was consistently teased for being poor in high school by his fellow students and he finally opted to drop out. He turned the negative experiences of his life into a stream of positive energies, altered those negative words made against him into positive ones and proceeded in life with determination, consistency, and hard work. Difficult life situations made him learn to deal with them head on and he ended up becoming the man behind some the world’s famous high-fashion houses including Stella McCartney, Alexander McQueen, and YSL.

After quitting his high school in 1947, he joined his family’s business – timber trading. In the 1970s when he already had the knowledge of how to keep going on with business he started buying smaller firms and transforming them into giant enterprise. His strategy in taking over small enterprises and turning them into mega brands has helped him to establish the sprawling empire. Today his net worth stands over $15 billion.

His story is inspiring for those who believe in dreaming big and keeping faith that they do come true with perseverance and sincere hard work. Critics or doubters can’t take your courage away if you stay strong enough to stand firm, regardless of circumstances.