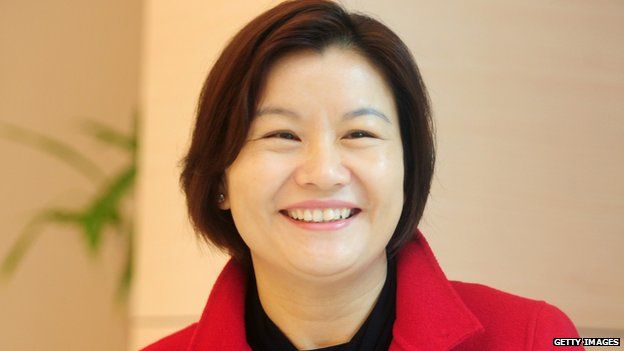 The 45-year-old Zhou Qunfei is an incredible ‘rags to riches’ real-life success story that will encourage you to pursue your dreams or ideas that you might have been avoiding or hiding from everybody because you find them to be too big to pursue. Zhou Qunfei is a self-made billionaire with her company Lens Technology that supplies protective window glasses used in Apple devices and Samsung’s electronic products. In 2014, its sales revenue to Samsung, Apple and other companies touched incredible nine billion yuan, which was more than 70 per cent of the company’s total revenue.

Zhou Qunfei was born into acute poverty at a village in China’s Hunan province in 1970. Her father became blind in an industrial accident and mother died when she was just five years old. It was her father who encouraged her to study to ahead in life. To run the family, she left home at very younger age and started working in a glass-processing factory in Shenzhen, where she would shape glass for watches. After few months of working she resigned, finding the work to be highly monotonous and dreary. But the company, instead of accepting the resignation letter, promoted her to head a new department within the factory. According to her, it was well-written and descriptive resignation letter that attracted the attention of the company’s supervisor. Later, she became the director of the whole manufacturing operation, before venturing out for her own company in 1993 at the age of 22.

She started her company with her savings of £1,800 from overtime. Since her company has grown in size and area including 10 subsidiary companies all across the China, and employs 60,000 people. Her company went public on March 18, 2015 and officially she became the richest woman in China on March 30 with 78.07 yuan per share.