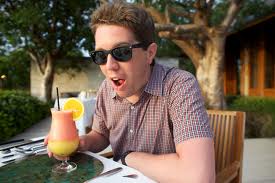 Garrett Camp is a serial entrepreneur, investor and the co-founder of the recommendation search engine, StumbleUpon. He founded StumbleUpon in November 2001 along with Geoff Smith who currently serves the company as Chief Technology Officer. In 2009, Camp teamed up with Travis Kalanick and together they founded San Francisco based Uber an effective Smartphone application which they call on-demand private driver. Today, it successfully provides services across 16 cities in the United States.

Camp completed his Masters in Software Engineering at the University of Calgary and did his research on interfaces for collaborative systems, information retrieval and evolutionary algorithms. In 2007, he was a recipient of MIT Technology Review’s TR35 award.

StumbleUpon is a recommendation search engine or a social bookmarking platform that houses millions of web content for its users who can rate Web pages, videos and photos of their choices and interests. It has become the world’s largest discovery search engine that delivers more than 1 Billion personalized recommendations every month and over 75,000 advertisers use StumbleUpon to get their content discovered and recommended. In 2007, StumbleUpon was taken over by eBay for $75 million but after two years in 2009 Garrett Camp, along with Geoff Smith and other investors bought it back. The company has offices in San Francisco and New York City. As of 2012, StumbleUpon has more than 25 million registered users.