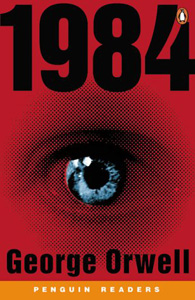 The novel, which was published in 1949, depicts an imaginary future of 1984 where he highlights every aspect of human life, their perception and minutest details from cynical misanthropes to idealistic optimists.

The plot unfolds in 1984 on a frosty April day in his invented place Oceania, the totalitarian superpower in post World War II Europe. Through Winston Smith, a prominent member of the party, which is ruling over the entire Oceania, Orwell shows dictatorship in real power. The party takes action from behind the curtain and creates the society based on hatred, suspicion and fear where emotion, love, trust and friendship make no sense and Winston Smith, an intelligent but sensitive and honest soul is stuck between the surface of cruelty and extreme interference of the party on his personal life and his relationship with Julia.

A Doll’s House, a three-act play in prose, has been written by the Norwegian playwrighter Henrik Ibsen. The story is based on the life of the good friend of Ibsen named Laura Kieler who was divorced by her husband when he came to know about her secret loan and sent her to an asylum on her own fate. After long two years, she returns home to her husband and children at her husband’s initiation. Later, she becomes a renowned Danish author and lives a respected life. In the play, she leaves her husband despite knowing the little chances and limitation of women in the society. The story depicts her fate, struggle, humiliation and scandals in society as well as her successful writing career.

At its first appearance, the play faced several controversies and criticisms, as it was sharply against the 19th century marriage norms. His portrayal was completely unacceptable by 19th-century Europeans.

Sentimental Education is considered one of the greatest French novels and among the most influential novels of the 19th century that received appraisal from reputed contemporaries Emile Zola, George Sand, and Henry James. According to the author’s description, it was “the moral history of the men of my generation — or, more accurately, the history of their feelings. It’s a book about love, about passion; but passion such as can exist nowadays–that is to say, inactive. ”

The story is about amorous adventure or childish crush of Frederic Moreau, a law student. While returning home to Paris, he meets a dark, slender woman who is much older than his age; yet he deeply feels for her. She is already married to an influential businessman with whom he makes friendship to meet her regularly. He remains her best friend throughout his life though, somewhere in deep within, he wants something more from her. 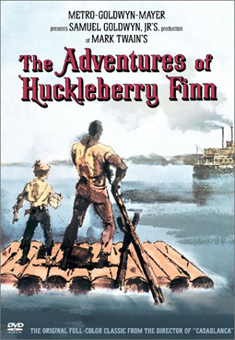 The Adventures of Huckleberry Finn is considered the masterpiece by Mark Twain. The story depicts the adventure of Huck who is kidnapped by his drunken father for $6000 that he, along with Tom, found in The Adventures of Tom Sawyer. Huck anyhow manages to escape from the confinement in the deserted house. On the way, he meets Jim and becomes friend. From there, they start their journey for freedom. On the way, they find a deserted house from where they steal many things. Eventually, they get separated on the way in the heavy fog; but later find each other and then, they meet the King and the Duke, and get into a good deal of trouble performing plays. The King and the Duke intend to sell them but Huck somehow escapes being completely unaware of Jim’s fate. Huck, finally after getting rid of them, goes in search for Jim, who is sold by the King. The story comes to the end when he rescues Jim.

During the journey, they learn a variety of lessons; Huck feels closely for humanity and promises to become a good human being in life. 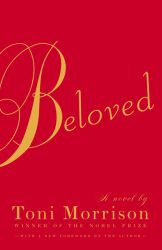 Beloved, a novel based on the story of the African-American slave, Margaret Garner, who successfully escapes the cruelty of slavery in 1856, was written by American writer Toni Morrison and published in 1987. In 1988, the novel received the Pulitzer Prize for Fiction.

Sethe, the protagonist of the story, was born as a slave and escaped to Ohio. She remains a slave for long eighteen years. She keeps memories of Sweet Home hide inside, the home where she was forced to tom the crime of murdering her own children. Now the home is haunted by the ghost of her babies. The book is filled with terror, bitter poetry and suspense, as firm as a rope.

The story of Sethe, makes us think what do we mean by the real love for our children. The circle of story suddenly turns cruel and horrifying. Sudden change extraordinary plot, experimental style and the intensity of the subject matter demand the advanced level of intellects.

The Book of Disquiet, which is Written by Fernando Pessoa, a Portuguese writer, poet, literary critic and one of the most important literary figures of the 20th century, is a unique collection of short, aphoristic paragraphs consisting of “the autobiography” of Bernardo Soares, one of Pessoa’s alternate selves and many unpublished poets and unfinished works.

The book was discovered after his death from his own trunk, which he left behind. Later, it was Edited and Translated by Richard Zenith. It is considered one of the most influential books of 20th century. 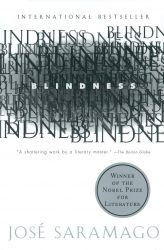 Blindness is a novel written by Portuguese author José Saramago, who tells the mass the epidemic of blindness that is afflicting almost everybody in an unnamed city. The very first of the play shows a chaotic situation after afflicting the blindness to some central characters in the overcrowded asylum where blind people are quarantined.

The situation horribly degrades, violence increases gruesomely, humanity vanishes, people who get blind on the way can never return their homes, and end up eating raw meats. The author shows how a group of people act under extreme situation, how they measures their accounts, and how their behaviour changes into strangest act. The story is quite similar to William Golding’s Lord of the Flies or Cormac McCarthy’s The Road.

Crime and Punishment, a novel by the Russian author Fyodor Dostoyevsky, tells a story of a destitute, desperate, and insolvent ex-student of St. Petersburg who randomly murders without having slightest regrets. He takes pride in his deeds and declares himself as great a man as Napoleon. After gambling away all his money, in utter helplessness as he cannot pay his bills and afford proper meals, he plans to murder for money. Later, his growing consciousness makes him feel guilty of doing all such gruesome crimes.

In 1866, it was first published in the literary journal The Russian Messenger in twelve monthly episodes.