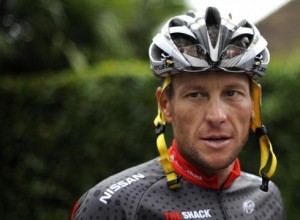 World renowned cyclist Lance Armstrong, who holds seven the Tour de France titles, is also known to be one of the most generous philanthropic athletes in the world. After surviving the testicular cancer at the peak of his athletic ability, he vowed not to indulge on the accomplishments he had earned; instead, he dedicated his precious time assisting cancer patients and spreading awareness about the disease. With the aim to relieve and encourage cancer patients with education, encouragement, advocacy, public health and research programs, he launched the Lance Armstrong Foundation with the investment of $5 Million dollars. He came out with the concept of ‘Livestong’ which immediately became a symbol of hope for cancer patients and one of the top 10 cancer research and funding nonprofits in the U.S, raising over $325 million through the sales of yellow ‘Livestong’ band and cancer awareness campaigns. The foundation has already donated over $9.6 million to cancer survivorship. He has also given countless public appearances to raise money for cancer-related charities.

“If you worried about falling off the bike, you’d never get on.”

“What is stronger, fear or hope?”

“Pain is temporary. It may last a minute, or an hour, or a day, or a year, but eventually it will subside and something else will take its place. If I quit, however, it lasts forever. That surrender, even the smallest act of giving up, stays with me. So when I feel like quitting, I ask myself, which would I rather live with?”

“Knowledge is power, community is strength and positive attitude is everything.”

“Winning is about heart, not just legs. It’s got to be in the right place.”

“The riskiest thing you can do is get greedy.”