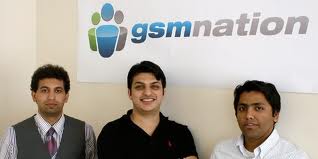 GSM Nation is a leading online merchant of handheld devices and smartphones with wireless connectivity. The idea of Gsmnation emerged when a Yale student Ahmed Khattak, during a year off spent working in London, noticed that Europeans generally use cell phones free of contracts with wireless carriers. In 2008, Khattak, along with his friend Junaid Shams, a George Washington University student, established a business of selling unlocked phones online. In 2010, with $150,000 of their own money, support from family and friends, the Yale Entrepreneurial Institute and free office space, they first founded GSM Nation with their pitch “Customers get cheaper, contract-free service and save hundreds of dollars each year.” They also initiate to enhance e-shopping from hectic, troublesome and obscure experience of customer and offer them simple retail with completely customizable service, tech support, advice and transparency.

CEO Ahmed Khattak has been a serial entrepreneur for several years. Prior to GSM Nation, he built and sold two startups, Infinitronics, a telecommunications firm and Buraq Energy, a clean energy providing company in Pakistan. Khattak finished his bachelor’s with a double major in Electrical Engineering and History from Yale University.

Junaid Shams is still a student, pursuing a medical degree at George Washington University. Previously, he completed his Bachelor’s in Public Health from the same university.