“We all have big changes in our lives that are more or less a second chance.” ~Harrison Ford 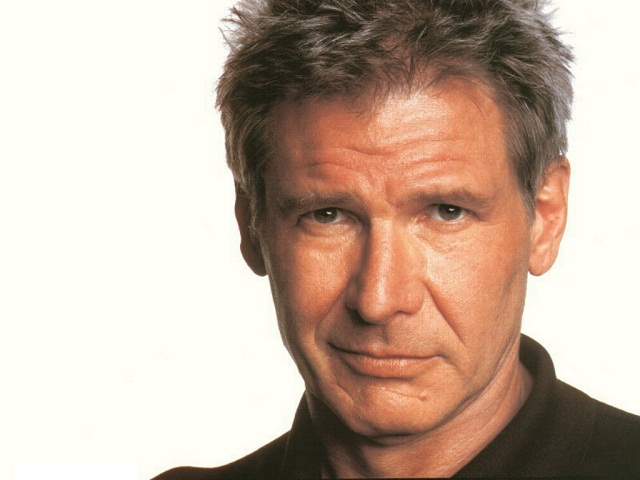 American film actor and producer Harrison Ford, considered to be the most successful and biggest movie star of all time, is widely known for his legendary characters in Indiana Jones film series and as Han Solo in the original Star Wars trilogy, Rick Deckard in Blade Runner, Jack Ryan in Patriot Games and several others. In his six decades long career, four of his films Presumed Innocent, Air Force One, The Fugitive, and What Lies Beneath are in the top ten grossing films ever with worldwide grossing over $6 billion. He has been nominated for Academy Award, Golden Globe, and BAFTA awards for Best Actor for Witness and received the Cecil B. DeMille Award, the AFI Life Achievement Award in 2000, a star on the Hollywood Walk of Fame in 2003 and the first ever Hero Award for his several iconic roles in the 2007 Scream Awards. In 1997, a British film magazine Empire ranked him Number #1 in its “The Top 100 Movie Stars of All Time” list.

Harrison Ford was born on July 13, 1942 in Chicago, Illinois to a mixed American family – an Irish-Catholic Christopher Ford, a local advertising executive and former radio actor, and a Russian-Jewish mother Dorothy, a former radio actress and a homemaker. According to People’s magazine, he was very shy and introvert as a kid and was often bullied for being different and not fitting in at school in suburban Des Plaines, north-west of Chicago. After graduating in 1960, Ford attended Ripon College in Wisconsin where he met his future wife Mary Marquardt (who he married after leaving college in 1964) and discovered his interest in acting by an accident when he signed up for a drama course to have a good grade.

In 1964, he moved to Los Angeles, California in search of a job in radio voice-overs, which he didn’t get and signed a $150 a week contract with a young talent development program hold by Columbia Pictures. But unfortunately he was always picked up for minor roles and throughout the late 1960s and early 1970s he played minor and uncredited roles in various television series including American Style, Gunsmoke, The Virginian, Ironside, The F.B.I., Love, and Kung Fu. Being frustrated with his progress and tired of insignificant roles, he started working as a carpenter to support his family – then-wife and two small kids. As a carpenter he did well and worked for a couple of famous celebrities including popular rock band The Doors, actress Sally Kellerman, and Brazilian band leader Sérgio Mendes.

He also made cabinet for American film producer, director and screenwriter George Lucas who finally gave him his first significant role in drama American Graffiti (1973). Though he couldn’t show profound impact through the movie but his relationship with Gorge became deep and it helped him profoundly in his later career. He didn’t give up his hope of becoming actor and began working for Francis Ford Coppola as both a carpenter and an actor with minor and side roles in The Conversation in 1974 and Apocalypse Now in 1979. In 1977, he did his breakthrough role as Han Solo in Star Wars, which became one of the most successful movies of all time. He also appeared in film’s two series The Empire Strikes Back in 1980 and Return of the Jedi in 1983 that finally established Ford as a superstar.
Ford brought another of his legendary film characters throughout mid-80s in Raiders of the Lost Ark (1981), Indiana Jones and the Temple of Doom (1984) and Indiana Jones and the Last Crusade (1989), Witness (1985), Patriot Games (1992), Clear and Present Danger (1994) and Air Force One (1997). After years of blockbuster success, he faced temporary failures with the series of commercially unsuccessful movies in 1990s but he made his successful comeback in What Lies Beneath (2000), Indiana Jones and the Kingdom of the Crystal Skull (2008), Morning Glory (2010) and many others. He will also appear in upcoming movies of 2013 in Ender’s Game (science fiction action movie based on the novel written by Orson Scott Card), Paranoia (American thriller film) and Anchorman: The Legend Continues (American comedy film).