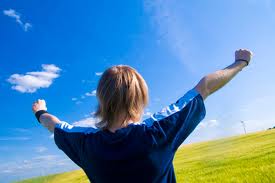 We all are aware of the popular adage, “Honesty is the best policy”. But the million dollar question is whether we really follow it in our day-to-day living. Fortune that you amass through dishonest and corrupt practices may bring in momentary pleasures. But in the long run, such fortunes will keep pricking your conscience and will never let you be at peace with yourself.

Dishonest ways and means will always fetch infamy and disrepute. At times, it may shame you. A simple dishonest practice would nullify all the victories that you have amassed through honest ways. For instance, former team India cricket captain Mohammed Azharudin was very popular for his batting skills. He was a terror to the bowlers during his peak days. But later it was found that he had indulged in match fixing for pecuniary benefits. This infamous act brought him shame and disrespect. The accolades that he had earned through his cricketing skills were nullified by his dishonest act of match fixing. The South African Hansie Cronje was deprived of captaincy due to the match fixing he indulged in. In sum, I would say that the dishonest means adopted by Azharudin and Cronje ended their prosperous careers. Dishonesty may fetch immediate victory and pleasure whereas honesty would consume time for producing positive results which would be long-lasting. So, we need to be honest in your words and deeds. If all of us start acting honestly, our lives would become very fulfilling and enriching.

Today’s world, regardless of how you perceive it, it is always possible to be honest in our words and deeds. An honest person would always prefer to walk his talk. Above all, honestly always ensures a peace of mind to the doer. On the other hand, dishonesty is an impediment to self development.

The repercussions of dishonesty, at time would be disastrous for which the life of Lance Armstrong is a classic example. Lance Armstrong afflicted with cancer in the year of 1996 but he kept his will for survival alive. And he did beat the cancer. His very affliction induced him to show the world what sort of person he was! He took cycling as a competitive sport and burnt the midnight oil to achieve. Years pass by; he became very adept in cycling. He bagged many national and international medals and awards. He won the most prestigious Tour-de-France title and a gold medal in the London Olympics 2012. However, the U.S. Anti-Doping agency report put him at the heart of the greatest-doping scandals in the annals of cycling. May be he would have fetched his earlier titles through honest means but the revelation of doping has erased all his achievements and he has been deprive of all his medals and awards. The very dishonest act of doping has damaged his reputation and it is a set back for a world sport star like Armstrong. Armstrong’s conscience pricked him and forced him to admit that he had indulged in doping. He had admitted his wrong in a TV-Talk show.
So, let me reiterate on what I’ve been reminding you – it is always better to stay honest.

As far as the politicians are concerned, most of them are self-seekers and dishonest. And this is the key reason why people tend to take the promises of the politicians with a pinch of salt. For instance YSR Jagan Mohan Reddy, the son of the honest politician YS Rajasekara Reddy of Andhra Pradesh is languishing behind the bars for indulging in corrupt practices and amassing huge fortune during his father’s regime. For his corrupt and dishonest act he has been put behind the bars.

We can learn from history that the people who adopted honesty as the way of life are always remembered by the people. Mahatma Gandhi, Abraham Lincoln, F. D. Roosevelt, Subhas Chandra Bose worked honestly for the people. So, even after their deaths, they continue to live in the hearts of the masses. In the present context, I would say our former Prime Minister A B Vajpayee has been honest all through his life. Hence he is considered a living legend for his honesty.

So, let us be honest in our acts and deeds and make this world more honest, more reliable, more trustworthy and safer place to live in.