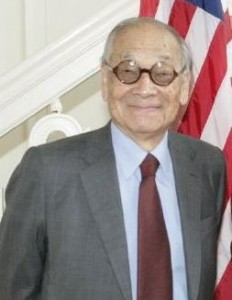 Ieoh Ming Pei (born April 26, 1917), a Chinese American architect, is widely acclaimed as the master of modern architecture. He was born in Canton, China and in 1935 moved to the United States and admitted at the University of Pennsylvania’s architecture school, and later he transferred to the Massachusetts Institute of Technology. On completion of studies, he attended the Harvard Graduate School of Design.

Pei worked with a prominent American real estate developer for almost ten years and involved himself with the projects of the L’Enfant Plaza Hotelin Washington, DC as well as the Green Building at MIT before he successfully started his own design firm. His first most important project was the National Center for Atmospheric Research in Colorado that earned him international fame. In 1974, he returned to China for designing a skyscraper in Hong Kong for the Bank of China. In the early 1980s, he designed widely-praised glass-and-steel pyramid for the Louvre museum located in Paris. Pei also designed the Miho Museum in Japan, the Morton H. Meyerson Symphony Center in Dallas, and the Museum of Islamic Art in Qatar.

His distinct architectural style and design earned him several awards and honors including the AIA Gold Medal in 1979, the Pritzker Prize In 1983, the first Praemium Imperiale for Architecture in 1989, and the Lifetime Achievement Award from the Cooper-Hewitt, National Design Museum in 2003. 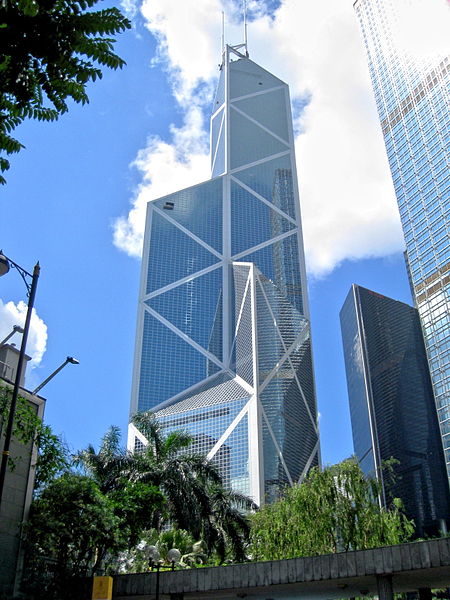 The Louvre Pyramid represents the most spectacular concept and audacious capability of breaking the conventional architectural forms as well as taking the modernism at its peak of elegance. It is a considerably giant pyramid built of glass and metal, encircled by three smaller pyramids in the main courtyard of the Louvre Palace. Primarily, the main Pyramid is a multipart inter-linked steel structure enclosed in reflective glass, playing the role of an entrance to the Museum. Louvre Pyramid was finished in 1989 and is among the landmarks of the city of Paris. 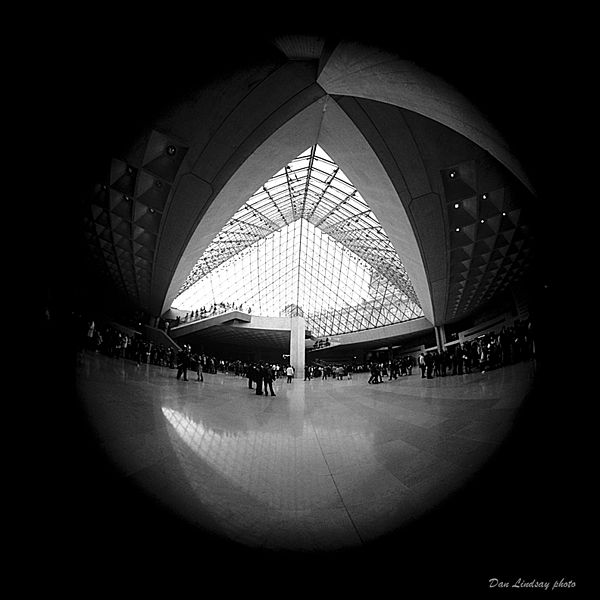 Louvre museum beneath the pyramid/ wikipedia 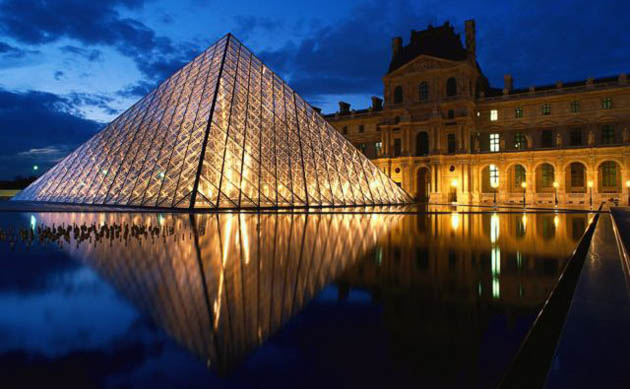 The Morton H. Meyerson Symphony Center, widely known as one of the world’s greatest orchestra halls, is a concert hall in the Arts District of downtown Dallas, Texas. It was inaugurated in September 1989. The Center is owned and supervised by the City of Dallas, the Office of Cultural Affairs. The exterior of the main entrance is spherical and made of glass and metal supports to contrast with the solid geometric lines of the concrete hall. 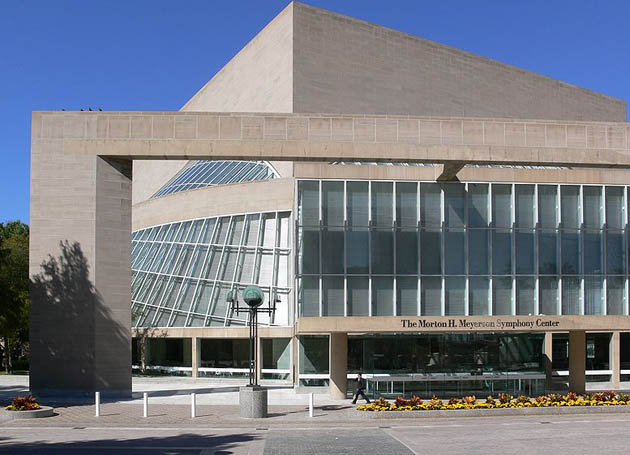 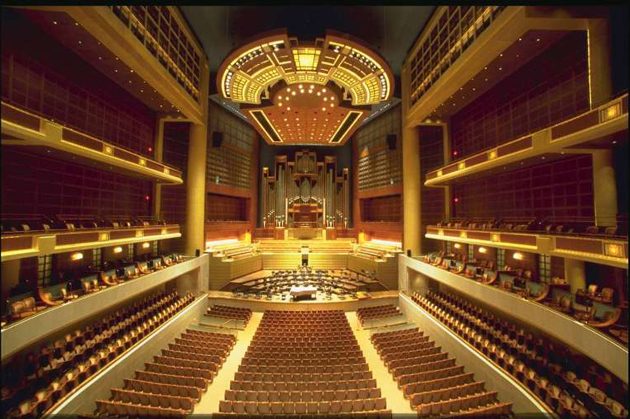 The Miho Museum in the southeast of Kyoto, Japan was commissioned by one of the wealthiest women in Japan named Mihoko Koyama. The Museum has housed her private collection of Asian and Western antiques, and expensive pieces worth between US$300 million and US$1 billion. The museum was opened in 1997. The building encompasses 17,400 square meter and the three-quarters of the building is located underground. The roof is constructed of large glass and steel sheets. The exterior, interior walls as well as the floor all are made of a beige-colored limestone. 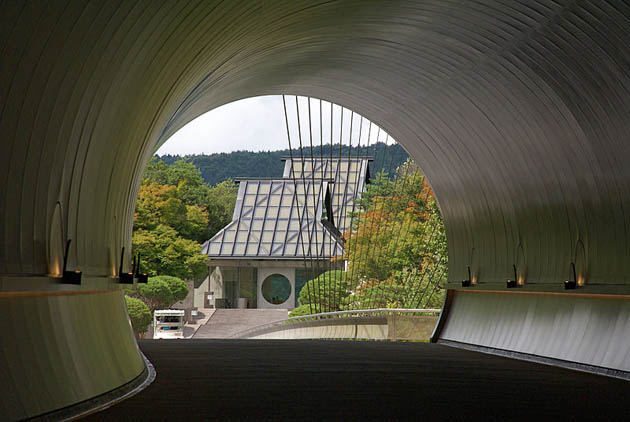 The nine-story triangular building, Dallas City Hall is the seat of Dallas municipal government finished in 1978. The hall is situated at 1500 Marilla in the Government District of downtown Dallas, Texas in USA. 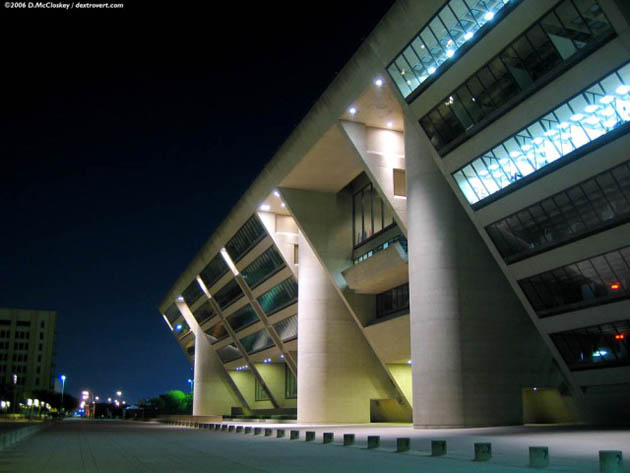 The National Gallery of Art and its Sculpture Garden, situated in Washington, DC., was established in 1937 for the US citizens. It is open for public for free. The museum has housed the collection of art donated by Paul Mellon, Rush Harrison Kress, Lessing J. Rosenwald, Ailsa Mellon Bruce, Joseph E. Widener, Samuel Henry Kress, Peter Arrell Brown Widener, and Chester Dale. 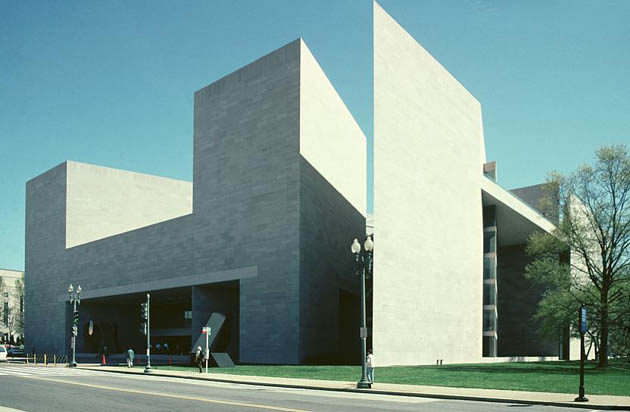 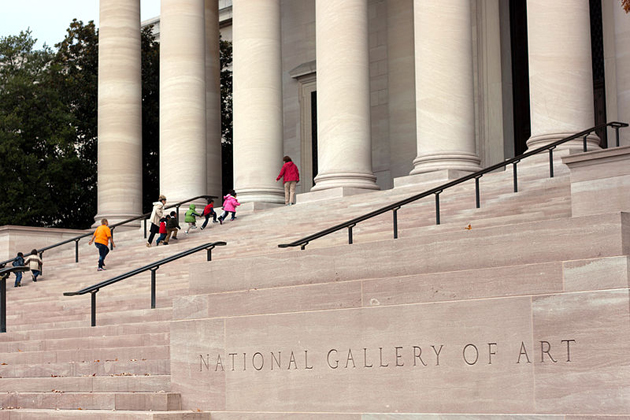 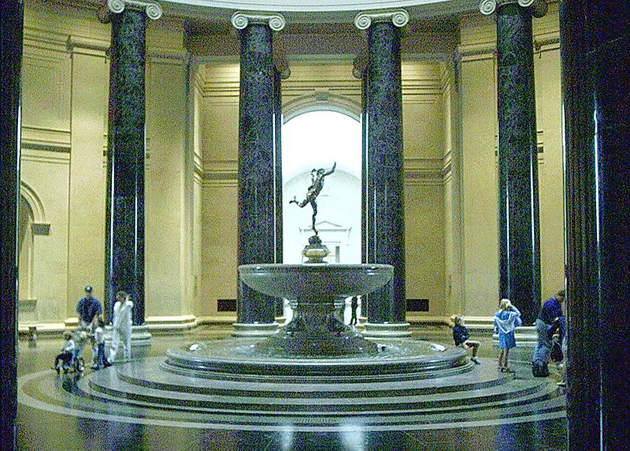 Center on the main floor of the West Building/wikipedia

The style of Museum of Islamic Art museum shows the influence of ancient Islamic architecture whilst keeping its own identity. The museum is situated in a total area of 45,000 m2 and located on the boundary of Doha harbour at the south end of Doha Bay.

The museum has an extensive collection of Islamic artifacts and objects taken from Egypt, Spain, Iran, Iraq, India, Turkey, and Central Asia. Ieoh Ming Pei took a voyage throughout the Muslim world and studied the Muslim architecture to design it perfectly.