Patience and persistence are the greatest virtues that weigh more than merits and brains. Patience steels resolve to stay consistent in hostile circumstances and rig them in your favor, ultimately leading you to success.

Jadav “Molai” Payeng single-handedly transformed the 1,360-acre barren sandbar into a lush green forest with 30 long years of his remarkable persistence and patience. His incredible journey started in 1979 at the age 16 on an eventful day when a fierce flood dragged snakes away with cruel current of water and left their lifeless bodies on the shore. On declining the water level, he witnessed several species of reptile lying dead across the sandbar. The scene was so heart-rending that he cried for prolonged time. He realized that if that place had plenty of trees where they could have taken shelter, they wouldn’t have died so brutally. The event was an awakening call that initiated him to dedicate his life for saving wild life from further gruesome death.

At first, he contacted the forest department and requested them to plant trees but he received the discouraging answer, “It’s a sandbar, nothing would grow there” and weary and consoling suggestion to try planting bamboo on his own. As it was a painful and considerably difficult task, nobody agreed to help him. Instead of wasting time on how he could make it possible, he jumped on for his plan and started planting trees. After 30 years of rigorous and consistent works, Payeng finally saw his creation, a lustrous green forest that embraces him with open arms every time he walks it through. He transplanted ants to the increasingly blossoming ecosystem of forest to reinforce and nourish its natural synchronization. Today, it is the home of a variety of reptiles, birds, rhinos, deers, tigers and elephants. It was 2008, when forestry officials came to know about his creation of the new forest and recognized his noteworthy dedication.

He surmounted all the discouraging difficulties that consistently occurred from nowhere by the force of patience, determination and moral persuasion. The seeds of hope and compassion he sowed with remarkable passionate endeavor transformed a barren sandbar into a green blooming forest, the shelter of thousands of animals. 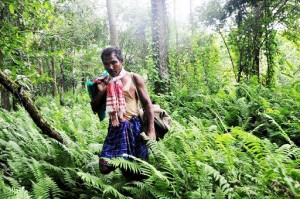 1. Dedication and patience are the most significant ingredients that create and sustain success in every field and walk of life. Do you often feel like succumbing to the brief momentary depression, emerging from your little failures? Are the doubt, fear and anxiety creeping in and initiating you to give up?
Do NOT Give up! The insights, perseverance and strength from this incredible man may provide you the extra boost to accomplish your treasured dreams.

He not only created a forest; he created a sustainable ecosystem which is of no less significance of accomplishing the greatest glory of humankind. His implausible diligence and infallible concentration has taken him to the threshold of unparallel success. Make dedication and patience your best friend. They can defeat the wisest counselor and provide you with the insights of an experienced guardian. Keep the candle of hope burning, nothing can stop you.

2. What makes mediocre people more powerful than the talented ones in terms of achieving more amazing and outstanding success is their unremitting devotion towards any job at their hands. They don’t know when to quit, their steps are slow but they don’t settle for less and they just continue to climb. Their success might get delayed by struggles and defeats but what they achieve is also greater and sweeter.

Jadav “Molai” Payeng was so passionate in creating a better environment for animals, whose premature and unnecessary deaths caused him pain and awakened his conscience to save them, that he hadn’t time to think of quitting.

3. Are difficulties slowing your speed on the way to success? Think again if you come up with an affirmative answer. Difficulties are providing you enough time to form a strong relationship with the Time itself so that it introduces a superior version of yourself- a magically energetic, efficient and productive spirit ready for any seemingly impossible journey.

It took Jadav Payeng 30 long years to create the forest, but considering the enormous profundity of his success, the time spent was worth every minute. If you start evaluating the consequences even before you begin, you will never find time to attempt and complete a seemingly difficult task. The pain you endure; the toils and tribulation you experience and the time you spend on attaining your passion is never wasted. It helps develop the inner qualities like fortitude, perseverance, patience and faith that actually build your character, expands your ability, and purifies your soul and heart.

4. Be humble. Instead of taking pride, let the world be aloud and proud of your actions. Jadav isn’t bother about his name and fame that he has already earned. He was on a humble mission to bring life to a sandbar and save the creatures he loved as though his own soul.

“No pain that we suffer, no trial that we experience is wasted. It ministers to our education, to the development of such qualities as patience, faith, fortitude and humility. All that we suffer and all that we endure, especially when we endure it patiently, builds up our characters, purifies our hearts, expands our souls, and makes us more tender and charitable, more worthy to be called the children of God.”
― Orson F. Whitney