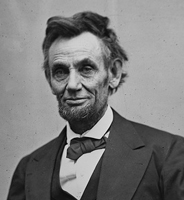 “Always bear in mind that your own resolution to success is more important than any other one thing.”

“That some achieve great success, is proof to all that others can achieve it as well.” 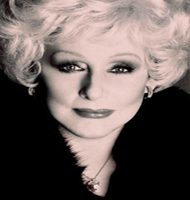 “Don’t limit yourself. Many people limit themselves to what they think they can do. You can go as far as you mind lets you. What you believe, you can achieve.”
“Honesty is the cornerstone of all success, without which confidence and ability to perform shall cease to exist.”
“Pretend that every single person you meet has a sign around his or her neck that says, “Make me feel important.” Not only will you succeed in sales, you will succeed in life. “
“Give yourself something to work toward – constantly.” 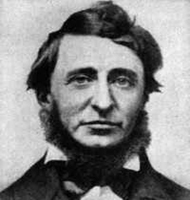 Notable Works: The Service, A Walk to Wachusett, Paradise (to be) Regained, The Landlord, Sir Walter Raleigh, Herald of Freedom, Wendell Phillips Before the Concord Lyceum, Reform and the Reformers, Thomas Carlyle and His Works, A Week on the Concord and Merrimack Rivers, Resistance to Civil Government, or Civil Disobedience, An Excursion to Canada, Slavery in Massachusetts, A Plea for Captain John Brown, Remarks After the Hanging of John Brown, The Last Days of John Brown, Autumnal Tints, Excursions, Life Without Principle

“The secret of achievement is to hold a picture of a successful outcome in the mind.”
“I have learned, that if one advances confidently in the direction of his dreams, and endeavors to live the life he has imagined, he will meet with a success unexpected in common hours.”
“Only he is successful in his business who makes that pursuit which affords him the highest pleasure sustain him.”
“Success usually comes to those who are too busy to be looking for it.”
“We must walk consciously only part way toward our goal, and then leap in the dark to our success.”
“Why should we be in such desperate haste to succeed, and in such desperate enterprises? If a man does not keep pace with his companions, perhaps it is because he hears a different drummer.” 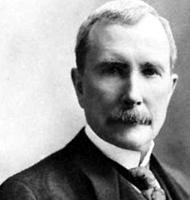 “The secret of success is to do the common things uncommonly well.”
“I do not think that there is any other quality so essential to success of any kind as the quality of perseverance. It overcomes almost everything, even nature.”
“If you want to succeed you should strike out on new paths, rather than travel the worn paths of accepted success.”
“Singleness of purpose is one of the chief essentials for success in life, no matter what may be one’s aim.”
“The person who starts out simply with the idea of getting rich won’t succeed; you must have a larger ambition. There is no mystery in business success. If you do each day’s task successfully, and stay faithfully within these natural operations of commercial laws which I talk so much about, and keep your head clear, you will come out all right.” 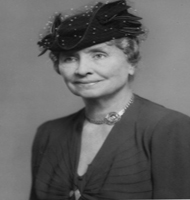 Born on June 27, 1880
Died on June 1, 1968
Nationality: American
Occupation: Author, political activist, and lecturer
Notable Works: The Frost King, The Story of My Life, My Religion, Light in My Darkness

“Character cannot be developed in ease and quiet. Only through experiences of trial and suffering can the soul be strengthened, vision cleared, ambition inspired and success achieved.”
“Life is a succession of lessons which must be lived to be understood.”
“Your success and happiness lies in you. Resolve to keep happy, and your joy and you shall form an invincible host against difficulties.” 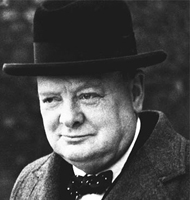 “Success is never final.Failure is never fatal.Courage is what counts.”
“Success consists of going from failure to failure without loss of enthusiasm.”
“It is no use saying, ‘We are doing our best.’ You have got to succeed in doing what is necessary.” 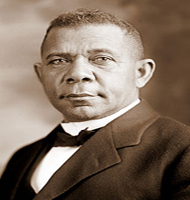 Born on April 5, 1856
Died November 14, 1915
Nationality: American
Occupation: Educator, author, orator, and political leader
Notable WOrks: The Future of the American Negro, The Negro in the South – with W.E.B. Du Bois, Tuskegee & Its People, Up from Slavery, Working With the Hands 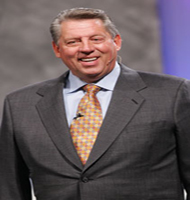 BornFebruary 20, 1947
Nationality: American
Occupation: Speaker, Pastor and author of over 60 books
Notable WOrks: Put Your Dream to the Test, Leadership Gold: Lessons I’ve Learned from a Lifetime of Leading, Talent Is Never Enough, Dare to Dream, The Journey From Success to Significance, Attitude 101, Your Road Map for Success, Success – One Day at a Time, The 21 Indispensable Qualities of a Leader, How Successful People Think, Developing the Leader Within You,

“Successful and unsuccessful people do not vary greatly in their abilities. They vary in their desires to reach their potential.”
“Seven Steps to Success
1) Make a commitment to grow daily.
2) Value the process more than events.
3) Don’t wait for inspiration.
4) Be willing to sacrifice pleasure for opportunity.
5) Dream big.
6) Plan your priorities.
7) Give up to go up.”

“If you start today to do the right thing, you are already a success even if it doesn’t show yet.”
“Success is…
knowing your purpose in life,
growing to reach your maximum potential, and
sowing seeds that benefit others.”

“True success comes only when every generation continues to develop the next generation.” “Would you like me to give you a formula for success? It’s quite simple, really. Double your rate of failure. You are thinking of failure as the enemy of success. But it isn’t at all. You can be discouraged by failure or you can learn from it, So go ahead and make mistakes. Make all you can. Because remember that?s where you will find success.”

“Whenever an individual or a business decides that success has been attained, progress stops.
The way to succeed is to double your error rate.” 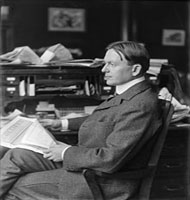 Born on April 19, 1885
Died in 1950
Nationality: American
Occupation: Author of self help books
Notable WOrks: The Secret of the Ages, The God in You, The Magic Word, Riches Within Your Reach: The Law of the Higher Potential, Be Rich! The Science of Getting What You Want 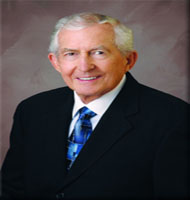 Born on May 21, 1928
Died on October 26, 2009
Nationality: American
Occupation: Businessman, motivational speaker and the founder of Success Motivation Institute

“Success is the progressive realization of predetermined, worthwhile, personal goals.”
“Communication – the human connection – is the key to personal and career success.”
“Whatever you vividly imagine, ardently desire, sincerely believe, and enthusiastically act upon must inevitably come to pass.”
“Develop a dogged determination to follow through on your plan, regardless of obstacles, criticism, or circumstances … or what other people say, think, or do.”
“If you are not making the progress you would like to make and are capable of making, it is simply because your goals are not clearly defined.” 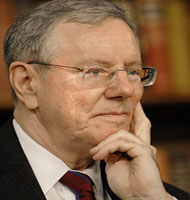 Born on May 14, 1880
Died on May 6, 1954
Nationality: Scottish
Occupation: Financial journalist and author who founded Forbes Magazine
Notable WOrks: Finance, Business and the Business of Life; Men Who Are Making America; How to Get the Most Out of Business

“The man who has done his level best… is a success, even though the world may write him down a failure.”
“How you start is important, but it is how you finish that counts. In the race for success, speed is less important than stamina. The sticker outlasts the sprinter.”
“A price has to be paid for success. Almost invariably those who have reached the summits worked harder and longer, studied and planned more assiduously, practiced more self-denial, overcame more difficulties than those of us who have not risen so far.”
“Without self-respect there can be no genuine success. Success won at the cost of self-respect is not success ¾ for what shall it profit a man if he gains the whole world and loses his own self-respect.” Born in 1944
Nationality: Canadian American
Occupation: Self-help author, motivational speaker and chairman of Brian Tracy International
Notable Works: Maximum Achievement: Strategies and Skills That Will Unlock Your Hidden Powers to Succeed; The Psychology of Selling: The Art of Closing Sales; Create Your Own Future: How to Master the 12 Critical Factors of Unlimited Success; The Miracle of Self-discipline: The “No-Excuses” Way to Getting Things Done

“Successful people are always looking for opportunities to help others.
Unsuccessful people are always asking, “What’s in it for me?”
“The ability to discipline yourself to delay gratification in the short term in order to enjoy greater rewards in the long term, is the indispensable prerequisite for success.”
“All successful people men and women are big dreamers. They imagine what
their future could be, ideal in every respect, and then they work every day
toward their distant vision, that goal or purpose.”
“If you envy successful people, you create a negative force field of attraction
that repels you from ever doing the things that you need to do to be successful.
If you admire successful people, you create a positive force field of attraction
that draws you toward becoming more and more like the kinds of people that
you want to be like.”
“No one lives long enough to learn everything they need to learn starting from
scratch. To be successful, we absolutely, positively have to find people who
have already paid the price to learn the things that we need to learn to achieve
our goals.”
“Dress for success. Image is very important. People judge you by the way you look on the outside”
“Optimism is the one quality more associated with success and happiness than
any other.
“The starting point of great success in your life begins, in the simplest terms, when you discipline yourself to think and talk about only the things you want and refuse to think and talk about anything you don’t want.”

“Success in life is in direct proportion to what you do after you do what you are expected to do.”