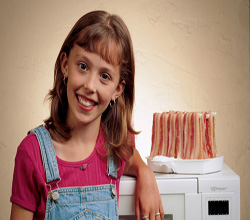 At the age 8
Business: Created a product called Makin’Bacon

In 1991, Abbey Fleck, at her tender age of eight, invented the Makin’ Bacon microwave oven bacon cooker. The next year, with the help of her father, Jonathan Fleck Abbey established the A. de F. Ltd. and filed for a patent that was eventually granted in 1996. She started selling the Makin’ Bacon dish. The Bacon microwave would reduce the fat content of the food without taking its flavor away. It was a great success that gave them over $1 million annually in royalties. 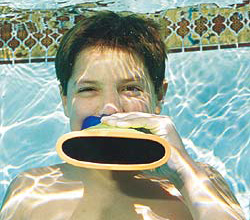 At the age of 12, Richie Stachowski invented Water Talkies, a device that helps to communicate under water from up to 15 feet away. It was also called ‘a fun water toy’ that became a summer sensation especially among kids in 1997, and in 1998. His invention turned out to be an instant success that got him a purchase order of 50,000 units and half a million dollars every year. His two more inventions were Scuba Scope™ that allows snorkelers to see underwater and abovewater at the same time and the other one was Bumper Jumper Water Pumper™, which is a sit-down float whose paddle doubles as a water gun. Richie also founded a company named Short Stack, LLC that shortly concluded deals with Wal-Mart, K-Mart, as well as other large chain stores. 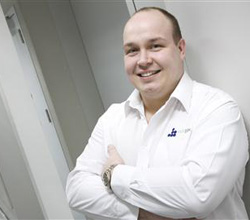 Carl Churchill is a UK based web designer, who is also known as the British Bill Gates. A self-made internet entrepreneur, Carl made his fortune at his meagre age of 12. Within 7 years he stood himself as a millionaire making an annual turnover of over one million pounds. Some projections about him reveal that by the end of 2020, he will be worth over £100 million.

“It is always advisable to start your own Business as early as possible in your life means probably in your School age.” 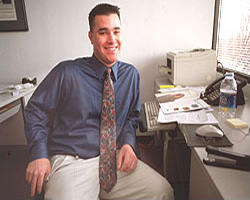 At the age of 17
Business: running a multi-million dollar financial dot-com company

He founded a company called “Investors Alley Coporation” at the early age of 14. Within three years, at the age of 17, he was leading a multi-million dollar financial dot-com company, Phinaz Media Group. Phinaz Media Group is a sport-marketing firm assisting professional as well as college sports team to enhance their ticket sales.

He has been featured in USA Today, CNN’s Talk Back Life, The New York Post and Dow Jones Newswires. He is the inspiration for young business entrepreneurs today. 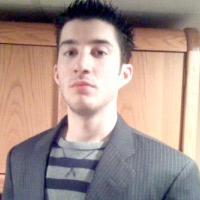 Paul, at the age of 18, began affiliate-marketing business through UberAffiliate.com and within one year, he started earning US $ 300,000 per month from AzoogleAds. He dropped his college, according to him “your education has nothing to do with your financial well beingness in the future.”

He advices to take risk as soon as possible “There is nothing called a secured job any longer. So if you have to take a risk then why not take that as soon as possible or at young age by developing your own Business? Who knows that when you will become a Millionaire?” 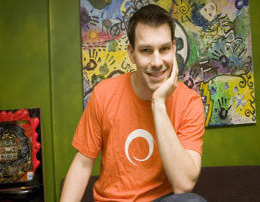 In 1997, Michael Furdyk with Michael Hayman co-founded MyDesktop.com, a website that assists on solving windows difficulty and provides information on games and some other topics. Within a short while, it started giving him over a million hits every month and after two years in 1999, Internet.com bought the site for $1million. Michael furdyk also founded BuyBuddy.com, a shopping assistance site, that started earning $4.5million of venture capital. In 2000, with Jennifer Corriero he co-founded TalkingITGlobal.com, a global online community for young people which has over 250,000 active members from approximately 261 countries across the globe.

In 2007, Contribute Magazine featured him among 10 Tech Revolutionaries Redefining the Power and Face of Philanthropy. He has also been featured in The Oprah Winfrey Show, Fast Company, Time Magazine, BusinessWeek, MSNBC, CNN, and USA Today. 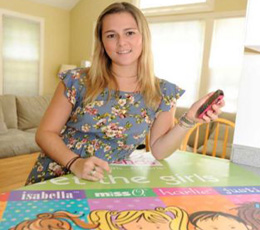 At the age early age of 10, she founded MissOandFriends.com. within a short period of its inception it became a big hit among young women. By the age of 19 she was worth over $15 million. MissOandFriends.com provides chances to young girls to play, learn, create, exchange ideas, and compare their experiences. It talks about self-esteem, it instills courage among young girls. In a nutshell, it teaches young girls the ways to face challenges and grow. In the summer of 2006,at the age of 16, she authored a successful book which sold over 120,000 copies. 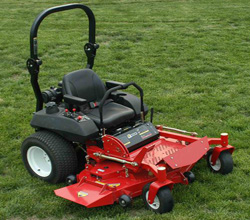 At the age of 17, William Felix became Millionaire from his Lawn Mower Company. His story inspires youth to dare and dream big. It teaches us that even a lawnmower can become a millionaire with hard work, patience and proper planning. His guts also gives us a lesson that our limitations are often self-imposed and that we have the power to break free and change our lives at any time.

Jayson Meyer of Meyer Tech
At the age 17

Jayson’s company started giving him over 1.5 million revenue, when he was only 17 years old. Nowadays, he is president of Meyer Tech that builds customized computers. Employees in his company do a variety of jobs including writing software programs, customizing accounting and billing programs. They also design as well as maintain communications systems for business clients.

In Jayson’s words, “you should start your own Business as early as possible in your life means NOW.” He further adds that “if you are in your teenage or in your twenties then don’t be afraid to spot market opportunities and take the calculated risks.” 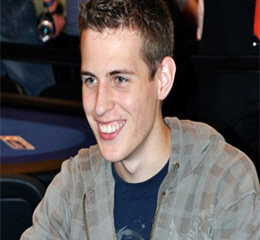 Mike is a professional poker player who, at the early age of 18, became a millionaire by winning an event on the European Poker Tour, EPT. Mike if gifted with the skill of understanding the distributed cards in the poker game. He is a very passionate player with excellent ability.

Some of his sayings are, “Don’t afraid of taking risks rather than that learn how to manage Risks.”

“Your Educational degrees have nothing to do with your financial success in your life. You can become a financially success even without those higher educational qualifications.”