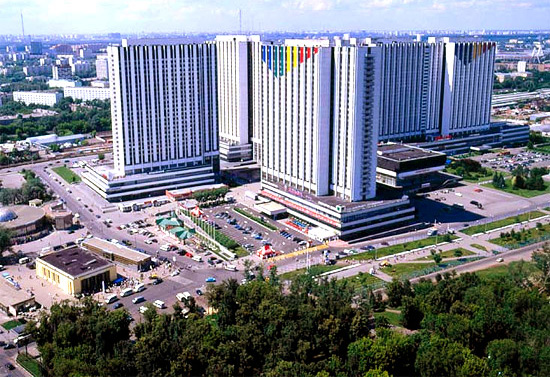 The Izmailovo Hotel is a group of hotels situated near Izmailovo village in Izmaylovo District of Moscow. It consists of four buildings including 7500 rooms, which is considered one of the largest hotels in the world in terms of number of units.

The Izmailovo Hotel complex has intimate relationship with the history of Moscow. In 1980, Moscow was the center of the realization of the Olympic Games. To manage the huge flow of sportsman, competitors, fans, reporters across the world for this most prestigious and entertainment game, it was built. And it received huge appreciation from the participants of the game as well as youths, students guests for it grand hospitality.