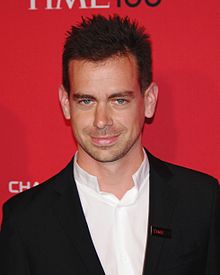 American web developer and innovator Jack Dorsey is widely known for his amazing creation of a social media tool ‘Twitter’ for sharing micro messages. He is also behind developing a small electronic payment service called Square that connects debit and credit cards to mobile devices.

Dorsey was born on November 19, 1976 in St. Louis, Missouri. From the very early childhood, he was highly passionate about computers and communication devices. He grew up exploring the concept of real time communication that should be constant, quick and uninterrupted in any circumstances. He started doing programming whilst he was still continuing his studies at Bishop DuBourg High School. While in Oakland in 2000, at the age of 15, Dorsey wrote dispatch software for taxicab companies which is still used across the world. On completion of his high school, he attended the Missouri University of Science and Technology and later transferred to New York University where he first envisioned the concept of developing a micro-blogging social network. He teamed up with a former Odeo executive Biz Stone, Tupac and Noah Glass and together they co-founded a social networking website called Obvious, the early name of Twitter, Inc. In 2006, on March 21, Dorsey wrote his first tweet: “just setting up my twttr.”

Twitter’s potential was overshadowed and overlooked by several technology experts including major reputed organizations; however, soon users became fascinated by it and its membership started soaring. Today, over 500 million people use it everyday and major organizations, business and political leaders, use this powerful platform for their personal, social and business campaigns.

In 2008, Jack Dorsey was named as one of the top 35 innovators in the world under the age of 35 by the MIT Technology Review TR35.