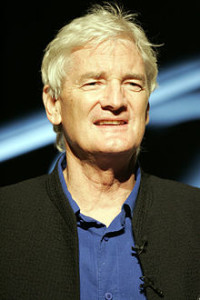 British innovator and industrial designer Sir James Dyson is best known for inventing Dual Cyclone bagless vacuum cleaner and founder of the Dyson Company. The Sunday Times Rich List 2013 reports his net worth to be £3 billion.

Dyson was born on 2nd May 1947 in Cromer, Norfolk, England. As a teen, he grew up running long distances and reading about technological innovation. He studied furniture and interior design from the Royal College of Art. In 1970, he exhibited his first product, a high-speed watercraft Sea Truck and later a tiny hand-propelled van wheelbarrow. The products were featured on the BBC’s television programme “Tomorrow’s World”. In 1983 he launched the ‘G-Force’ cleaner which won International Design Fair Prize in Japan. Ironically, Dyson could find any distributor for the product in the UK even after a year-long effort. Disappointed by himself, he started selling it in Japan through catalogue sales; he sold ‘G-Force’ for £2000 and failed to popularize it.
Instead of giving up, Dyson chose to stick to his inventions and tasted first major success in his late 30s with Dual Cyclone bagless vacuum cleaner. At the age of 39, he could sell his first U.S. patent that allowed him to open his own manufacturing company. Until before he would rely on his wife’s income. But he never gave up trying and his determination was never dimmed. 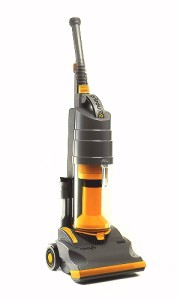 After 15 years of consistent hard work, dedication, experimentation and frustration with more than 5,000 prototypes, he finally claimed the fame with his remarkable invention – Dyson DCO1 vacuum cleaner, which became the fastest best-selling cleaner in the United Kingdom within 18 months. Besides, he is also the inventor of the Dyson Airblade™ hand dryer, the Dyson digital motor and the Dyson Air Multiplier™ fan with his team of scientists and engineers. Today, more than 2,500 people including scientists and engineers across the world works for his company and the company ships its products across 50 countries

His significant contribution earned several awards and honors for him including ‘Prince Phillip Designers Prize’ in 1997, the ‘Lord Lloyd of Kilgerran Award’ in 2000 and an honorary doctorate degree in Engineering from the University of Bath. In 2005 he was chosen as a Fellow of the Royal Academy of Engineering and in 2007 he was appointed a Knight Bachelor in the New Year’s Honours.

“Failure is an enigma. You worry about it, and it teaches you something.”

“Children want the challenge of difficult tasks – just look how much better they are than their parents on a computer.”

“Anger is a good motivator.”

“An inventor’s path is chorused with groans, riddled with fist-banging and punctuated by head scratches.”

“In the digital age of ‘overnight’ success stories such as Facebook, the hard slog is easily overlooked.”

“If you want to do something different, you’re going to come up against a lot of naysayers.”

“Life is a mountain of solvable problems, and I enjoy that.”

“We have to change our culture so you can create wealth from making things and don’t just try to make money out of money.”

“You need a stubborn belief in an idea in order to see it realised.”