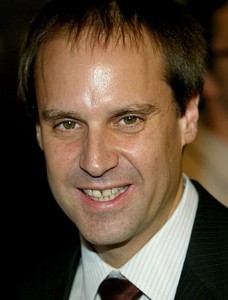 eBay’s first employee, president and billionaire Jeff Skoll is also the founder of the Skoll Foundation, the Skoll Global Threats Fund, and Participant Media. He was born in Montreal, Canada into a Jewish family. His father was a chemical company owner and mother was a teacher.

He completed his BASc with honors from University of Toronto‘s electrical engineering program in 1987. During the time, he co-edited the engineering students’ satirical newspaper The Toike Oike. In 1993, he left Canada and attended Stanford Graduate School of Business where he completed his Masters of Business Administration in 1995. On completion, he initially served at Knight-Ridder and worked on the Internet projects. He exhibited his real management skills when he was employed by Pierre Omidyar as the first employee and president of eBay Inc.

After eBay’s success, he involved himself in social entrepreneurship movement. Though he is no longer a part of eBay, but he maintains its approximately 4% stakes. In 1999, he founded one of the world’s largest foundation for social entrepreneurship Skoll Foundation that connects social entrepreneurs and innovators who aspire to dedicate their lives finding solutions for some of the world’s most challenging situations including environmental sustainability, conflict resolution, public health, and many more. Today, Skoll Foundation assists over 60 foundations across the world. In 2009, he founded the Skoll Global Threats Fund to support the movements against the nuclear proliferation, pandemics, water scarcity, and find solutions to deal with drastic climate changes and several more burning issues. In his childhood Skoll would love to read authors like Aldous Huxley and Ayn Rand and inspired to be a writer of motivational books to tackle the world’s problems.

In January 2004, Jeff Skoll founded a Los Angeles based media company Participant Media to promote social change and values through films and documentaries. In coming years, the company created some meaningful and thought provoking movies including the Oscar-winner An Inconvenient Truth, Food Inc., Charlie Wilson’s War, The Soloist, Syriana, Good Night and Good Luck, The Kite Runner and The Informant! All movies are meant to spread social awareness and inspire people to take action. In 2010, the company created a documentary movie The Cove, which detailed and highlighted the controversial dolphin hunt in Japan, it won Oscar.

Skoll is also known as one of the most generous philanthropists and has been honored several times for his large heart. He has given approximately $1 billion of eBay stock through Skoll Foundation since eBay’s inception in 1999. His biggest charitable donation was a $30 million donation to the Alliance for Climate Protection Campaign. In 2003, the University of Toronto awarded him with an honorary Doctor of Laws degree. In 2003, he was honored with the Outstanding Philanthropist Award from the International Association of Fundraising Professionals, in 2004, he received the National Leadership Award for Commonwealth Club Silicon Valley. In 2006 he was in Time Magazine’s 100 People of the Year and received Wired Magazine’s Rave Award and many more.

According to Forbes, he was the 7th wealthiest Canadian and 401th richest in the world.