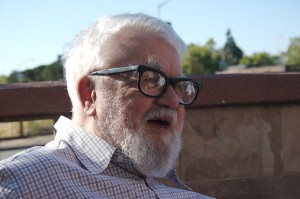 John McCarthy, an American computer and cognitive scientist, is widely known as the inventor of the second-oldest high-level programming language named Lisp, and a pioneering figure of the development of Artificial Intelligence, or AI. His notable works are Lisp, Circumscription, Artificial intelligence and Situation calculus.

Born in Boston on on September 4, 1927 to an Irish father and a Lithuanian Jewish mother, McCarthy was exceptional in science and mathematics and disliked sports. As a teenager, he used to make frequent visits to California Institute of Technology and read as many books he could. Impressed with his intellect and dedication to studies, he was allowed to continue his grad studies at the age of 17. It is said that Caltech expelled him for not attending the physical training classes but was readmitted after 4 years when McCarthy served the US army for a short period of time.

According to McCarthy, his life changed the day he attended the lecture of John von Neumann. In the year 1951, he completed his Ph.D in mathematics from Princeton University and started his career from the same university as a lecturer. In 1962, after serving at Dartmouth and MIT, McCarthy was finally appointed as a professor at Stanford University when he taught for almost 40 years.

In a five-decade long career, McCarthy received several honors and awards including the Turing Award for his significant contributions to the field of Artificial Intelligence; Kyoto Prize in 1988; National Medal of Science (USA) in Mathematical, Statistical, and Computational Sciences in 1990; Benjamin Franklin Medal in Computer and Cognitive Science from the Franklin Institute in 2003 and many more.

“A true intellectual is a man who, after reading a book and being convinced by its arguments, will shoot someone or, more likely, order someone shot.”

“An extreme optimist is a man who believes that humanity will probably survive even if it doesn’t take his advice.”

“Foolishness is rarely a matter of lack of intelligence or even lack of information.”

“Program designers have a tendency to think of the users as idiots who need to be controlled. They should rather think of their program as a servant, whose master, the user, should be able to control it. If designers and programmers think about the apparent mental qualities that their programs will have, they’ll create programs that are easier and pleasanter — more humane — to deal with.”