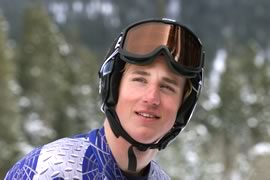 Joshua Sundquist is a Paralympian ski racer, a motivational speaker and the bestselling author of Just Don’t Fall: How I Grew Up, Conquered Illness, and Made it Down the Mountain, which was published in January, 2010. Sundquist lost his left leg at the tender age of ten to a rare form of cancer. After six years of acute struggle against cancer, he survived and decided to live his life the way he ever aspired to. He started practicing to ski and soon took it up as a full time career at the age of 17. In his book he has noted down his memories of surviving cancer by giving legs away and becoming the Ski racer, and motivational speaker by kicking our all the barriers of life. 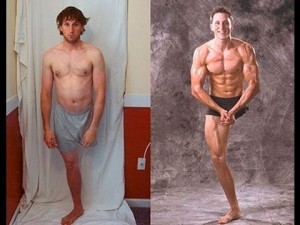 In 2006, he joined the United States Paralympic Ski Team and raced in the IX Paralympic Games, though he did not win any medal but he became inspirational personality who dared to compete with one leg and an example to prove everything is achievable as far as achievers believe in themselves. He did not stop here and in the same year in 2006 he won the Body-for-Life contest. At the age of sixteen he became motivational speaker and ever since he has been invited and given speech at several institutions and organizations. Sundquist’s clients’ list includes some reputed names such as The White House, Wal-Mart, National FFA Organization, Boy Scouts of America, YPO, and Children’s Miracle Network and many. In August 2011, Josh Sundquist was invited at Google’s headquarter to deliver speech to its employees.

Joshua Sundquist has proved that life can be hard and difficult once we surrender to it; but it becomes easy and enjoyable when we resolve to fight and accomplish our goals. We are blessed with only one life and there are countless ways to pursue happiness.