Justin Kan confesses that starting Justin.TV was apparently a bad idea and he really did not know what he was doing. 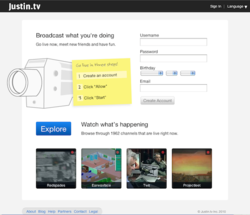 Justin.tv, one of the biggest internet start-up communities for broadcasting, watching and interacting around with live videos, was initiated by Justin Kan and supported Emmett Shear, Michael Seibel and Kyle Vogt in March 2007. San Francisco based Justin.tv has been funded by Y Combinator,Alsop-Louie Partners and Draper Associates. They approached Y Combinator while they were in the final year at Yale University. The funding helped Justin and Emmett continue working on Kiko, the Javascript web calendaring application on which they developed Justin.TV.

Initially, Justin.tv was a single channel founded by Justin Kan, who would broadcast his life 24/7 and promote lifecasting. In 2007, he closed the channel and re-launched the current popular network with thousands of various channels. At JustinTV, people are free to broadcast as well as watch unlimited number of free videos and they do not have to register for that. Videos that contain offensive content are only accessible to registered people who are over the age of 18. 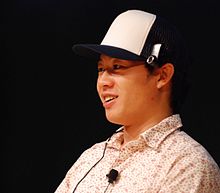 Kan’s concept has grabbed huge media attention and he has been featured on several TV channels: interviewed by Ann Curry on the Today Show in 2007, Tom Merritt on the World News Tonight, CNET Live in 2007 and many more. In 2007, JustinTV launched 60 different channels. In 2011, it added a “Gaming” section called TwitchTV which works separately from justin.tv.