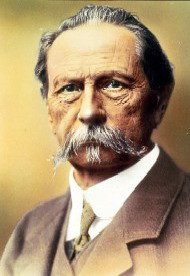 German mechanical engineer Karl Friedrich Benz was the inventor of the gasoline-powered automobile. He was the first person to design a functioning automobile powered by an internal-combustion engine.
Karl Benz was born on November 25, 1844 in Karlsruhe, Germany to Johann George Benz and Josephine Vaillant. His father died in a railway accident when he was only two years old and it led the family to near poverty. Despite the poor financial condition, his mother provided him a considerably good education.
At the age of fifteen, he passed the entrance exam for mechanical engineering at the University of Karlsruhe, and graduated at the age nineteen in 1864. From the early years, while riding his bicycle, he would dream of riding a horseless carriage. On completion of his studies, he worked for several companies as a draughtsman, designer and manager but unfortunately could not be consistent in any of them. Finally he started working in a bicycle repair shop in Mannheim where he once again started dreaming of creating a horseless carriage and in 1883 he founded a company Benz & Company Rheinische Gasmotoren-Fabrik to produce industrial machines. The company grew soon and began to produce static gas engines. In 1885, he designed a tiller-controlled three-wheel steel-frame wagon that was powered by an internal combustion engine, his first “horseless carriage” and patented his Motor wagon in 1886. His company manufactured the first four-wheeled car in 1893 and later produced the series of racing cars in 1899. In 1893, he also invented double-pivot steering and in 1896 the horizontally-opposed piston engine.

Karl Benz died in 1929 on April 4 at the age of 84. The Benz Company, by then, became the largest automobile company in the world. 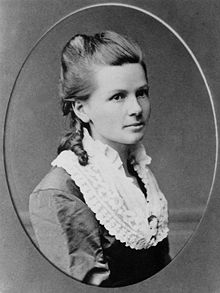 Bertha Benz was the wife of the automobile inventor Karl Benz. She was responsible for dragging the worldwide attention towards her husband’s invention by driving it in 1888 and covering the long distance of 100 kilometers. In fact, she was the first ever person to drive an automobile to such a long distance. She not only heavily invested in her husband’s experiments before marriage but also assisted him to stay focused, motivated and patient in his work.

In early July 1888, Bertha came to know that her husband had successfully created the automobile but wasn’t getting the courage to take the wagon out on the road or promote it as it was the first horseless carriage. Back then, the religiously dominated society considered such things evil and Karl wasn’t sure if he’d ever get permission from the governing authority. On 5th of August 1888, without letting her husband know or taking the permission of the authorities, Bertha drove that wagon with her two sons Richard and Eugen from Mannheim to Pforzheim. With the daring publicity stunt, assuring the reliability of vehicle she became the first person to drive and cross a real distance of about 106 km on an automobile.

In later years, Bertha suggested several modifications and herself invented some components of the automobile. She died on 5th May 1944 at the age 95.