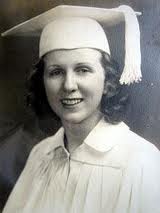 Kathleen McNulty Mauchly Antonelli was one of the six original programmers of the first general-purpose electronic digital computer – ENIAC, which was primarily developed to calculate artillery firing tables for the United States Army’s Ballistic Research Laboratory.

Kathleen Antonelli was born on February 12, 1921 during the Irish War of Independence in the small village of Creeslough in the Gaeltacht area of County Donegal, Ireland. Later in October 1924, her family moved to the United States where her father James McNulty (a former Irish Republican Army training officer) founded a successful stonemasonry business. On completion of her education from a Catholic School, Kathleen attended Chestnut Hill College for Women in Philadelphia from where she received her degree in mathematics in 1942. While still a student of third year, in the quest of finding a different job other than a typical school teacher, she took several business courses in her college schedule including accounting, business law, banking, economics, and statistics. On completion of her graduation, she stumbled upon a U.S. Civil Service ad ‘Wanted: Women With Degrees in Mathematics’ in The Philadelphia Inquirer (a morning daily newspaper in the Pennsylvania, Philadelphia, and some other metropolitan area of the United States). She, along with her co-math major Frances Bilas, were finally given the position for the annual salary of $1,620 and they started their work on calculating trajectories for firing table. In June 1945, along with several other women, she was chosen to be one of its first programmers. In 1947, she was transferred to remote Aberdeen Proving Ground’s Ballistics Research Laboratory along with Ruth Lichterman and Fran Bilas, whereas other women programmers preferred to start their family life or find other jobs in Philadelphia.

Kathleen Antonelli married ENIAC co-inventor John Mauchly who died in 1980 after prolonged illness and after his death she represented the ENIAC inventors and initiators through authoring various articles, interviews and giving lectures. In 1997, she, along with the other ENIAC programmers, was inducted into the Women in Technology International Hall of Fame. She died in 2006, at the age of 85 after diagnosed with cancer in early 2006.