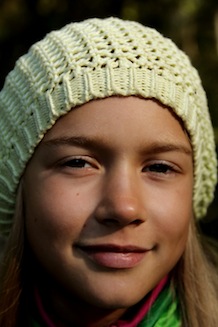 Kelly Sildaru’s amazing skiing skills will blow you away! She is certainly on the way to becoming one of the top freestyle skiers in a couple of years. She has developed some mad skills and watching her maneuvering through turns and hurdles is mesmerizing. All she has achieved at the age 10! Kelly has already won several international competition in women age group, which include coming first place at women’s class in Master of Ylläs 2010 (SS/Finland) and Oakley Tyttosessarit (SS/Finland

Kelly Sildaru was born on 17 February 2002 to a common family in Estonia. Kelly says that she started Skiing at the age 2 and even before she was 4 she resolved to become a freestyle Skier. No different than the girls of her age, Kelly has a lot of friends who inspire her to chase her dreams.
Today, her talent has been recognized worldwide and big brands such as Nike and Spy+ have come up to sponsor her. Kelly is training hard, determined to make her country and parents proud!