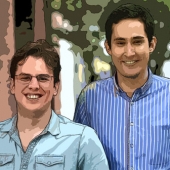 Two Stanford graduate Kevin Systrom, who had already served on Google’s Gmail as well as corporate development, and Mike Krieger, a Symbolic Systems student with specialization in Human-Computer Interaction, teamed up to develop a free photo sharing application to empower users with Innovative Social Photography Platform. The platform which could enable the users to take and edit photo, apply digital filter, and then share it on their own circle of the Instagram or different social networking services. Kevin and Mike met in Mayfield Fellows program provided by Stanford University that teaches students about successful and failed start-ups, offers internships opportunities with reputed companies and work on innovative ideas. 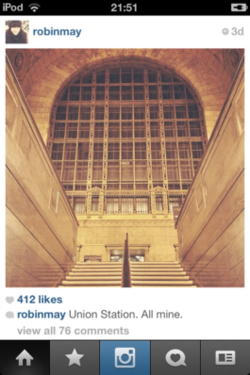 On October 6 2010, Instagram was officially launched for Apple’s App Store making it compatible with iPhone, iPad or iPod Touch which runs on iOS 3.1.2 or above. Later, it was made available for Android powered Smartphone and tablet devices.
According to the claims of Instagram, over 100 million photos had been uploaded to its service by the start of July 2011 and within one month the number touched 150 million. In recent months, Instagram has experienced a phenomenal growth and has been featured on almost all major media channels.

Kevin Systrom calls Instagram ‘The Frontier of Social Photography’. He says “Our goal is to not just be a photo-sharing app, but to be the way you share your life when you’re on the go.” he added that his team is “focused solely on the product and establishing ourselves as the leader in the mobile space.”

According to Facebook Newsroom (April 9, 2012) it has finished a deal and is going to take over Instagram for approximately $1 billion in a ‘combination of cash and shares’.