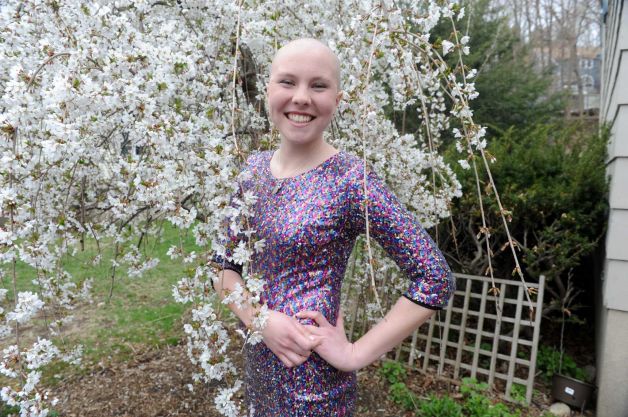 “We have two options, medically and emotionally: give up or fight like hell.” – Lance Armstrong

When you look at Nicole Graham, she will look like many other teenagers in America: an athletic young girl with a passion for sports, friends who are always there to keep her smiling and who get infected by her energy, and doting parents who always support her. Nicole Graham is a girl with a contagious smile that starts from her lips and reaches her eyes. She lights up any life she touches. 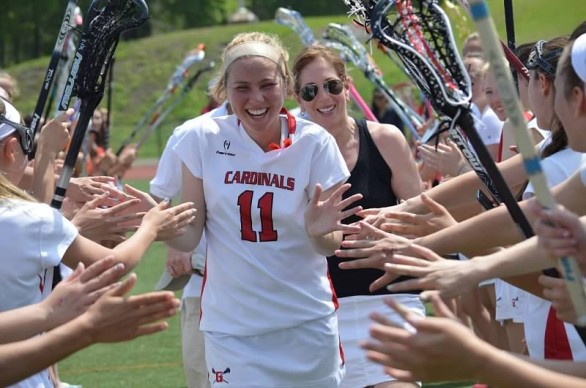 There is just one thing that sets her apart from most of the other kids of her age: she is a leukemia survivor. Yes, young Nicole is the athlete who beat cancer, and cheated death – several times – to return to the one place where she is the happiest – the sports ground, wearing her jersey.

Nicole has always loves sports. Even as a young girl, she proved herself to be a fast learner, when it came to anything athletic, be riding the bike without the training wheels, or pick up new sports. In school, she got spotted for her talent, and was soon part of the sports teams. She showed her prowess mainly in field hockey, lacrosse and indoor track, but that wasn’t all. At one point of time, she played as many as six different sports, and excelled in all of them. But, what’s always been even more remarkable about Nicole is the indomitable spirit she brings to the field, and encourages everyone around her to strive for victory with her. 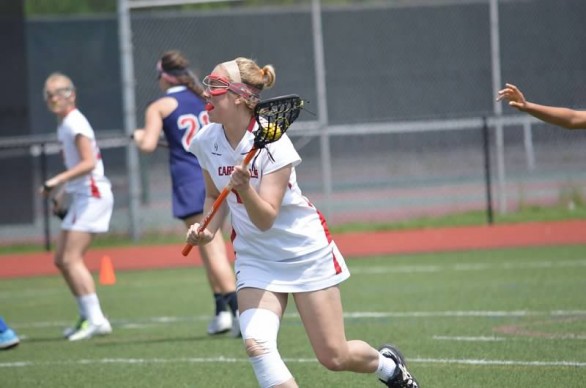 It was this spirit of Nicole that kept her going, even when her life took a whole new direction in the last two years of high school, as she went from being a tri-varsity athlete to a pediatric patient of leukemia. It was year 2012. She was just 16 then, and only a week into her junior year when she noticed some strange purple spots on her body. Immediately, she was rushed in to take a blood test. Doctors sat young Nicole’s parents down and gave them the devastating news – that she had cancer. Nicole herself was heart-broken. All her life, she had done everything right. She had no idea what she had ever done to deserve this kind of a fate.

However, Nicole’s doctors also assured that in spite of being a high-risk patient, her cancer, which was B-cell acute lymphocytic leukemia (ALL), had a cure rate of above 90%. Nicole was admitted to the hospital, and her treatment began, immediately. She had to be given blood and platelet transfusions, as well as chemotherapy. Within five days, Nicole’s friends persuaded her to do something fun – to appear in a music video. They knew that hanging out with the people who love her and want to make her laugh would be good for Nicole. That’s when she realized that she had the strength and support to meet this challenge head on, and beat it. 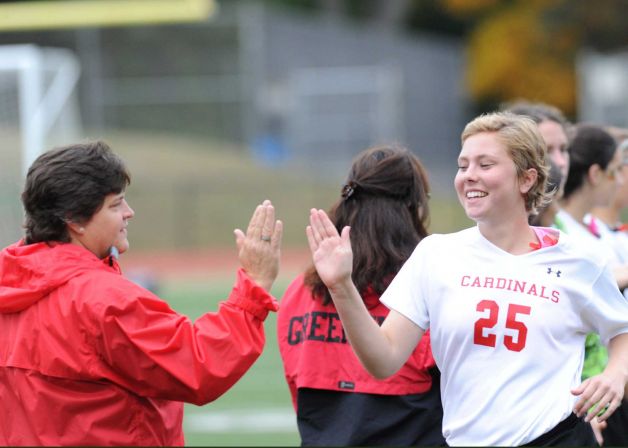 Two rounds of chemo later, Nicole gave her teammates a huge surprise, as she emerged on the field during half time of a hockey game. They were seeing her for the first time after about two weeks, and were overjoyed. Everyone was caught immediately by the energy she brought with her. She was seen cheering for her friends, pushing then to do well, like she always did.

Alas, this was not the end of Nicole’s sufferings. Six days later, she collapsed. Once more, she had to be rushed to the hospital, where it was revealed that her immune system had been weakened as a result of her earlier chemotherapy session, leading her to have a septic shock and causing her to collapse. As her organs stared failing, the doctors had to put her in a medically induced coma, during which she was given 13 l. of fluids, and antibiotics. This was a two-week long procedure during which she had two strokes. 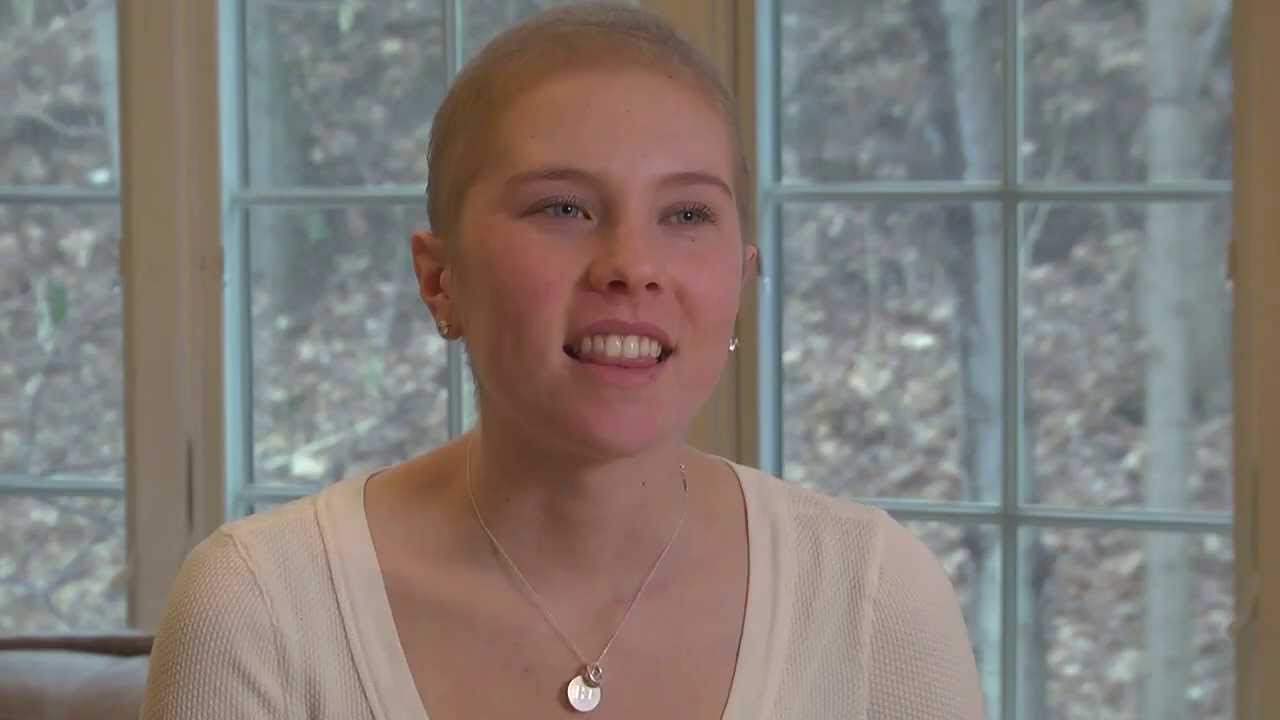 Nicole’s motionless body got all bloated in front of her parents’ eyes, and they could hardly recognize her. They thought they would have to let go of their girl. 12 days later, she opened her eyes. She came around, having fought cancer. Her bone marrow had to be extracted to check for cancer cells before she was brought out of her induced coma, and thankfully, they found that she was in remission, and her condition was now stable. But, even though she had conquered cancer, there was yet another challenge in her way. The two strokes on both sides of her brain during her coma had left her paralyzed, incapable of performing even the basic activities, such as walking, eating or functioning like a regular person, on her own.

After a loss of 30 pounds and 60% of her muscle mass, she looked like a rag doll to her devastated mother. In fact, the condition of her parents at this time left her scarred even after the whole ordeal was over. Her doctor could not tell when she would become normal again, or if she would recover at all. Her chemotherapy resumed, and she had to be transferred to a children’s hospital near her home where she started undergoing physiotherapy. 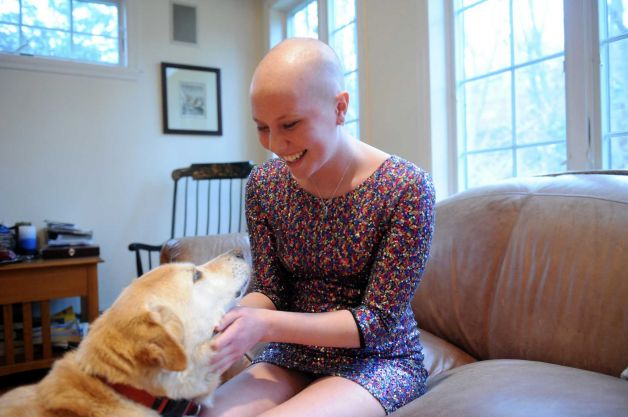 By January, 2013, Nicole had to relearn how to talk, walk, eat, brush her teeth, and hold her hockey stick. But, even though she had healed physically, there was still a lot of healing left for her mind. She remained in shock and fear for some time after that. Strokes, seizures, coma, chemotherapy – it was all a lot for a girl who was still a child. As a result of being immunosuppressed, she had to do her coursework at home to complete her junior year. And then, she was back to school as a senior, and the captain of her school’s sports team. 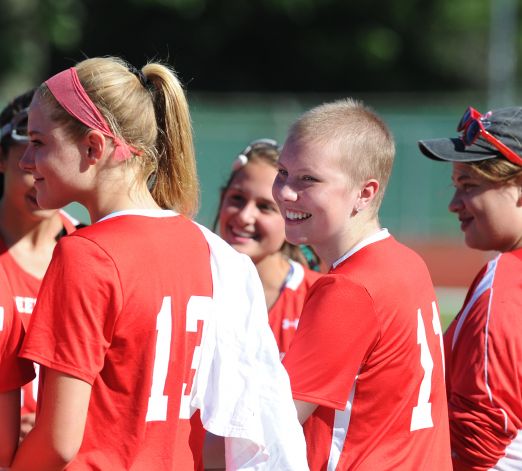 Nicole Graham had finally defeated cancer, and once she was on the ground, beating her competitors who had not been through the same lows as she had, she regained her confidence, and knew that she had nothing to fear, that her cancer was not coming back. Her victory on the field reminded her of her win against a lethal disease, potent treatments, medical complicacies, physical invalidity, and a close encounter with death.

Everyone in Nicole’s school was proud of what she had accomplished at such a tender age. To acknowledge her achievement, she was crowned the Greenwich High School Queen during the school’s homecoming activities which took place during the halftime of a football game against Fairfield Warde High School at Greenwich in 2013. In June, 2014, she graduated, her eyes now set upon the long-time goal to attend Dartmouth College. When she finally received a letter from her dream institute, inviting her to become a part of their establishment, mentioning in their acceptance letter that her application was one of the most decorated ones in the history of the college, Nicole was in the seventh heaven. 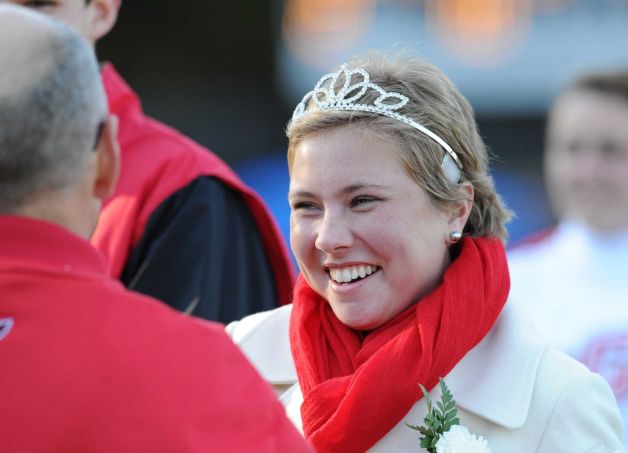 To mark the end of Nicole’s school life in her own way, the cancer survivor volunteered with Swim Across America’s Greenwich, Conn. Event, an open water swim in Long Island Sound. The proceeds from this event go to the Alliance for Cancer Gene Therapy. As the athlete who beat cancer, she is no doubt the best choice for a cancer therapy advocate.

Nicole Graham emerged a winner in a drastic battle with one of the deadliest diseases known to mankind. All through her journey, she has been nothing but brave and strong, and full of motivation to get back to doing what she is most passionate about – sports. Her only regret is that her parents came face to face with their daughter’s mortality. Nicole now stands on the verge of starting a whole new life, with the experience of a battle like no other. 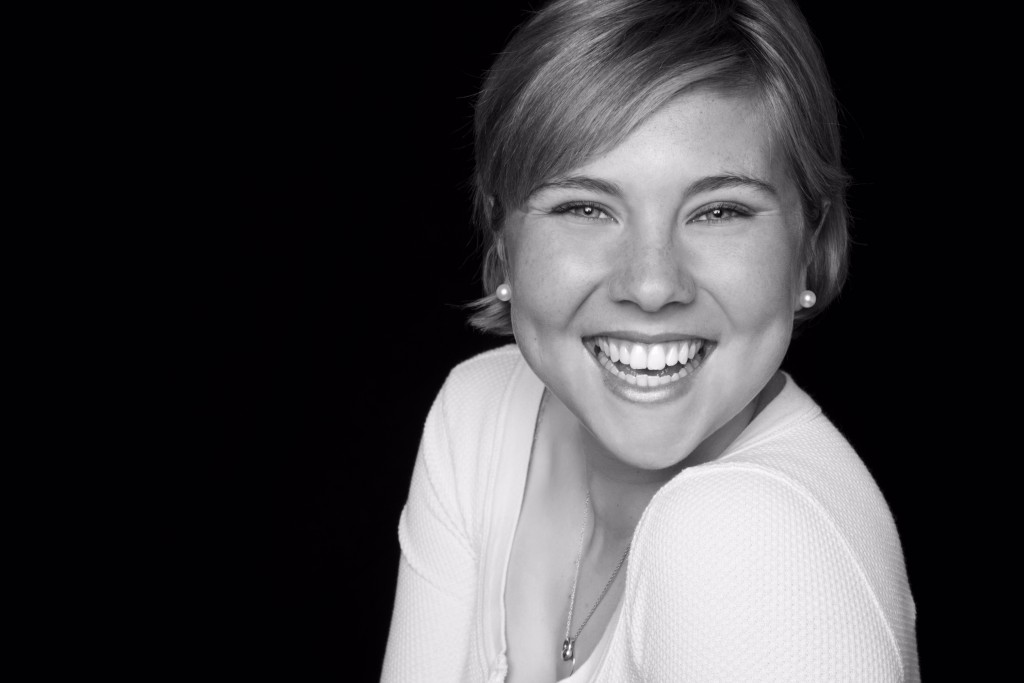