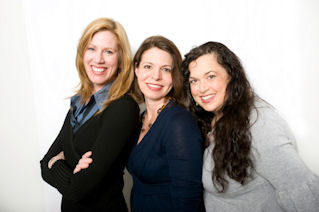 BlogHer is a cross-platform media network and an annual blogging conference for women who love blogging. It was founded by Jory des Jardins, Elisa Camahort Page, and Lisa Stone in the early months of 2005. BlogHer publishes news, information, and advice on current and hot topics and provides distinctive and insightful research on women through over 75 editors, blog partners, Web hub and annual conference. According to Mashable, BlogHer gets about 40 million unique visits a month. In 2005, BlogHer started as a conference with a concept of a blog in San José, California and expanded fast and took a shape of a 300-person conference on women and women bloggers. In 2007, the founders launched a political blogging network for and by women titled ‘BlogHers Act’.

BlogHer was named as one of America’s Most Promising Start-ups by BusinessWeek, and was called one of the Top 100 Websites for Women by Forbes for three consecutive years in 2010, 2011, and 2012. Co-founders Elisa Lisa, and Jory together were named among the most influential women in Web 2.0 and technology by Fast Company in 2008, 2009 and 2010, and were in the Ernst & Young Winning Women Class of 2011.

Lisa Stone is the CEO of the company, whereas Elisa Camahort Page is the COO and Jory Des Jardins is the President of Strategic Alliances. Some of the topics BlogHer covers include, Feminism, Money, Environment, Technology, Family, Entertainment, Love and Sex, Career Tips and Lifestyle.