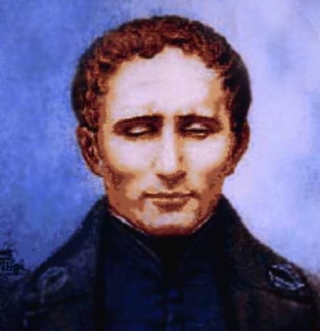 Braille, an innovative alphabet of a language or a structure of written language for the blind or visually impaired people, was invented in the early 1800s by Louis Braille of France. Louis Braille literally transformed the lives of millions of people through his invention that was the first ever communication tool for the bind people.

Louis Braille was born in 1809 on 4th January at a small town Coupvray near Paris. His father Simon-René was a successful businessman of leather and horse tack. Braille became blind at the age of three, while playing at his father’s workshop where he met a fatal accident that left him blind for life long. The vast vivid and wonderful world, which he could touch, see and feel, suddenly turned into a confined and pitch dark place. He was admitted to the Paris Blind School where he had to memorize everything by listening. He felt depressed and desperate to read again but his disability tore him apart by every passing day. He felt the necessity of finding out the way for himself as well as others to explore the world in a unique way. He kept thinking and experimenting with new things and at age 15, he invented first dot alphabet called “night writing”. Though his invention couldn’t grab countrywide attention, but he was positive about its potential.

A great majority of intellectuals were skeptical of Braille’s success since blind people had to learn to study that language on their own. His language became popular only after his death when a group of British people, who later founded the Royal National Institute for the Blind, took it to the people and now almost every country across the world uses his language.

1. Be consistent and persistent about what you pursue regardless of whether or not you get the recognition of your accomplishments. Louis Braille’s invention was considered to be one of the most impactful and one of the greatest inventions of human history but not before his death. His invention proved to be so profoundly potential that literally blessed the blind with the sight for venturing into the deep limitless sea of knowledge. He worked throughout the night and day with one desire and direction, without yearning for acknowledgement. It is the true devotion and dedication of passionate and crazy men who make the world a better place.

2. Disability is not a constraint or limitation where one should feel to be tightly bound for not having necessary privileges. It is a matter of perception that there are some people who defy disability and expose the Myth that it really exists. They explore wonderful things in the world and set examples for us all. Louis Braille accomplished what able people could not, finding a way of getting rid of his disability he ended up enlightening blind people across the world. He is not the only one example, there are plenty. American author, lecturer and political activist Helen Keller who was blind as well as deaf became the first blind graduate, 20th century’s leading humanitarians, and widely popular author for her dramatic interpretation of her plays and works.

Spencer West who lost his both legs right below the pelvis at the age of five due to which his normal life was heavily shattered and hampered. Yet he chose to fight back and conquered the life by climbing Africa’s tallest mountain Mount Kilimanjaro using his hands.There are plenty of such examples.

3. “Age is a high price to pay for maturity.” – Tom Stoppard. Teenager are mostly considered to be immature; therefore, their words or thoughts are considered of less importance to us. By ignoring their concerns or ideas sometimes we prove ourselves to be ignorant and most significantly we become late in acknowledging their biggest inventions. In case of Louis Braille, he could have tasted the fruit of his great contribution while still alive if the world had approved his greatest contribution to the human history.