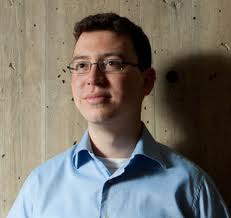 Luis von Ahn, an associate professor in the Computer Science Department at Carnegie Mellon University, is the head behind several pioneering stuffs – he is considered to be the father of crowd-sourcing, founder of reCAPTCHA that he sold to Google in 2009 for more than $25 million; and the brain behind the recent project called Duolingo, a language translator, where one can translate any language in their mother tongue and learn any language on their own with the help of technology.
As of now, people learnt a new language with the help of self-taught books and CDs or attended in-house training programs that cost a fortune. Duolingo makes it possible for anyone with Internet access to learn any language for Free. Duolingo’s popularity went on increasing ever since it was launched in 2012 and by the end of 2013 more than 30 million people already downloaded this app. The same year Apple named it as the App of the Year. According to the British Council, English has been the most popular language on this app and predicted that by 2020 over 2 billion people will be learning English across the world.

Luis von Ahn’s significant contribution in human computation has earned him honors and fame across the globe. He has been honored with a MacArthur Fellowship in 2006, a Microsoft New Faculty Fellowship in 2007, and a Sloan Fellowship in 2009, the Presidential Early Career Award for Scientists and Engineers in 2012. Discover Magazine calls him one of the 50 Best Brains in Science, he has been in the Popular Science Magazine’s Brilliant 10 list, FastCompany’s 100 Most Innovative People in Business, and Silicon.com’s 50 Most Influential People in Technology and other list. he has also been featured in international newspapers and magazines including Foreign Policy Magazine in Spanish as the most influential intellectual of Latin America and Spain and Siglo Veintiuno newspaper in Guatemala as the as the person of the year in 2009.

“Before the Internet, coordinating more than 100,000 people, let alone paying them, was essentially impossible. But now with the Internet, I’ve just shown you a project where we’ve gotten 750 million people to help us digitize human knowledge.”

“People are good at figuring out what’s attractive, and computers are good at quickly searching and finding. You put them together, and bang!”

“I have multiple ideas per day, all the time. The vast majority of these are completely idiotic. Usually, I just sit on the idea for several months. And if I have not decided that it’s idiotic, then it’s… might be a good idea.”

“The basic idea of Games With a Purpose is that we are taking a problem that computers cannot yet solve, and we are getting people to solve it for us while they are playing a game.”

Duolingo can be downloaded here: https://www.duolingo.com/