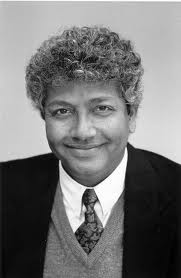 Mahadev Satyanarayanan, who has initiated and intensified the research in mobile and pervasive computing, is an experimental computer scientist at Carnegie Mellon University. Popular as Satya, he is a highly respected figure in computing world and has worked as the founding director of Intel Research Pittsburgh from 2001 to 2004. Intel Research Pittsburgh is one of four university-affiliated research labs that was founded by Intel across the world to build disruptive information technologies through its Open Collaborative Research model.
Mahadev is also attributed for the creation and development of Coda, a distributed file system which ensures mobility in low-bandwidth and intermittent wireless networks. He was the founding Editor-in-Chief of IEEE Pervasive Computing and currently is a Fellow of the ACM (The Association for Computing Machinery), which is a learned society for computing and the IEEE (The Institute of Electrical and Electronics Engineers), which is a New York based non-profit professional association technological creation and excellence. Mahadev’s research interests include pervasive computing and distributed systems and mobile computing.

In his early career, he served as a principal architect and implementor for the Andrew File System (AFS) that played major role in the application of scalable file caching, using ACL-based security, as well as volume-based system administration for enterprise-scale information sharing. Today AFS is extensively used as OpenAFS.

In 2012, Mahadev Satyanarayanan was enlisted as one of the most powerful Digital Indians by GQ India.