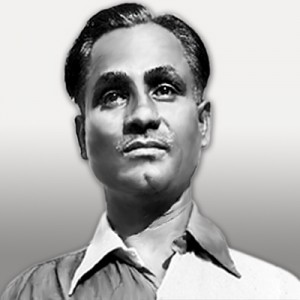 Major Dhyan Chand is considered to be the greatest hockey player of all time. Today, India celebrates this hockey legend’s 107th birth anniversary. The man who won three Olympic gold medals for the consecutive years – in 1928 at Amsterdam, 1932 at Los Angeles, and 1936 at Berlin Olympics. He was the man whose magical performance and guidance helped India evolve as the world’s strongest hockey playing nation for over three long decades. As a player and a captain, Major Dhyan Chand rose to international fame and scored over 400 goals in his entire career. His international spectators would wonder on his superb ball control for which he was named the “The Wizard of Hockey”.

He was born in Allahabad on the 29th August, 1905 in a Rajput family. His father Sameshwar Dutt Singh served the Indian Army where he would play hockey. Due to his father’s frequent transfers, Dhyan Chand was an irregular school student and had only six years of formal education. After living in different cities, his family finally got settled in Jhansi, Uttar Pradesh where his father received a piece of land for his house. Interestingly, Dhyan Chand showed no interest for hockey or any other sports in his early childhood. the only thing he liked was wrestling and wanted to try his hands in it. In 1922, at the age of 16, Chand joined the Indian Army where he used to self-practice hockey at nights after finishing his duty hours. Gradually he developed enthusiasm, and passion for hockey. His talent was discovered by another hockey player Subedar-Major Bale Tiwari who mentored him to polish up his skills further. His another mentor Pankaj Gupta soon realized that his student would make the country proud and become an international star one day.

Dhyan Chand played army hockey tournaments for four years from 1922 to 1926 and from here he was selected for the Indian Army team to tour New Zealand. He played amazingly and his team won 18 matches by losing only 1 game. After this glorious accomplishment, two Test matches were organized against the New Zealand squadn and the team won the one and lost the second but maintained a close score to the winning team. After returning India, he joined the Indian Hockey team after which he kept on making his spectators watch him doing wonders with the hockey stick.

In 1948, he played his last international match and retired from the sport at the age of 42. After retirement, he coached hockey at camps at Mount Abu and later became the Chief Hockey Coach at the National Institute of Sports in Patiala.

He was bestowed with numerous honors. In 1956, he was honored with the Padma Bhushan. His birthday on 29th August is celebrated as National Sports Day in India. Dhyan Chand Award, which is considered to be India’s highest award in sports for lifetime achievement, is annually conferred to a sports person for the achievements.