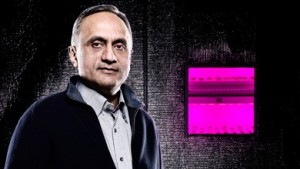 Manoj Bhargava isn’t a familiar name in biz world and he rarely makes any public appearance; however, according to Forbes, his brand ‘5-hour ENERGY’ under his company ‘Living Essential’ is making billions of dollars in revenue.  According to the experts, his company is dominating the energy shot market, covering almost 90 percent market share. He achieved it all in less than 8 years without getting noticed by media and giant competitors such as Red Bull, Monster and Rockstar.

In his first interview to Forbes’ Clare O’Connor, Bhargava came up with some fascinating facts about his life.
He was born in Lucknow, India to a well-to-do family but moved to West Philadelphia in 1967 with his parents. Earlier, in order to save money, they lived in an $80 apartment. Bhargava was exceptional in mathematics from his early childhood and won scholarship to the Ivy League feeder Hill School. In 1972, he enrolled himself at the Princeton University to study his favorite subject, mathematics. Bhargava could not last a year and dropped out, blaming the study-culture and fairly easy math classes.

In his early 20s, inspired by the teachings of Hindu saint and his principles, he left the states in 1974 and started traveling across Indian monasteries especially Hanslok. According to him, it took him 12 years to master the art of stilling the mind through meditation.

On his returning to the States, Bhargava did several odd jobs including driving Taxi Cab and selling used plastic items. Finally, after being requested by his family members, he started contributing to their family business of plastic. Over the next 10 years, he continued expanding his business under the name PVC manufactures, Indiana and converted it into a $25 million enterprise.

Bhargava is now considered the richest Indian in America. In 2009, he gave away $1 billion in charity.