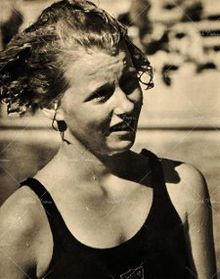 Marjorie Gestring, an American springboard diver, was the youngest individual Olympic gold medalist winning it at the age 14 in 3-meter springboard diving at the Summer Olympics in 1936. She also received a second Olympic gold medal from the United States Olympic Committee after the 1940 Summer Olympics. Besides, she won several titles during her career including the US national title for three meter springboard in 1938 and 1939.

Marjorie Gestring was inducted into the Stanford Athletic Hall of Fame as well as the International Swimming Hall of Fame for her accomplishments. She has retained the title of the world’s youngest Olympic Gold Medalist till date. At the age of 69, on 20th April 1992, Gestring died after an accident at her home in Hillsborough, California.