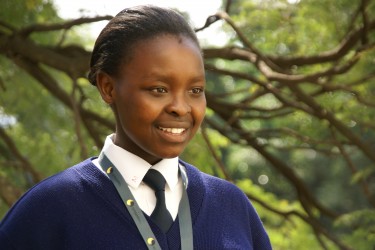 Every idea needs someone who works on it as a caretaker. A person who cares for the idea and works hard with utmost dedication to make it grow and flourish. The 19-year-old Martha from Kenya proves it in every way.
She could have been in New York sharpening and mastering her coding skills on cutting-edge technologies with other software enthusiasts but it could never happen. Few months back she was preparing for her summer intake in a New York City-based Hacker School, where budding web developers from various countries come together to brush up their advanced coding skills.

Whilst preparing for the internship, she realized she had an affinity with coding and she managed to buy her own laptop to improve her coding skill. During the time she launched an Indiegogo campaign for her trip and raised $5,800, which was enough to cover up her costs. After this accomplishment, all she required was a visa to travel to the United States. Ironically, her application was denied on the basis of her being a legal adult, without husband or kids, a person who was likely to stay there forever.

She really didn’t give up and started her second Indiegogo campaign and pledged to raise $50,000 to start her own school for budding East African web developers in Nairobi. “I may not be eligible to go to New York for Hacker School, but I am completely eligible and able to learn and hone my programming skill. Therefore, I am launching a school for web developer in Nairobi to open up the opportunity to the young East Africans to learn, and work on their programming skills and contribute to my country with their technical skill.” Though she has managed to raise approximately $12,000 at Indiegogo, she is determined not to give up and promised herself to continue with her plans. Among the things she wants to do include creating a search engine that serves the African continent and teaching over 1000 young Kenyan students to learn to code.