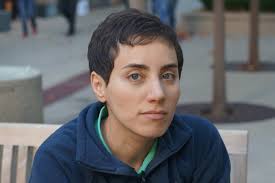 Maryam Mirzakhani, an Iranian mathematician, and a professor of mathematics at Stanford University, has become the first woman on earth to be honored with the Fields Medal, acclaimed as the ‘Nobel Prize of mathematics’, for her understanding the symmetry of curved surfaces and significant contribution in hyperbolic geometry, Teichmüller theory, ergodic theory, and symplectic geometry.
“This is such a great honor for me. I will be happier if my accomplishment encourages young female scientists and mathematicians to come up with their in coming years and I am quite positive about it” Mirzakhani was reported saying on her achievement. Mirzakhani’s one of the earliest and most important works was her solving the decades-old problem of calculating the volumes of moduli spaces of curves on objects known as Riemann surfaces.

She was born in 1977 in Tehran, Iran and finished her high school study from the city at Farzanegan, National Organization for Development of Exceptional Talents (NODET). In her early childhood, she would feel passionate about reading anything and dream of becoming a writer. She said, “as a kid, I would dream of becoming a writer because reading novels was my most exciting pastime, I would read anything I could find. I really actually never thought of pursuing mathematics until the last year in high school. It was my parents and brother who got me interested in science and math.”
Her math skill was internationally recognized when she became the first Iranian student to finish the competition with a perfect score and win the gold medals at International Mathematical Olympiad in Hong Kong in 1994 and International Mathematical Olympiad in Toronto in 1995. She completed BSc in mathematics from Sharif University of Technology in Tehran in 1999 and attended Harvard University from where she earned a PhD in 2004.