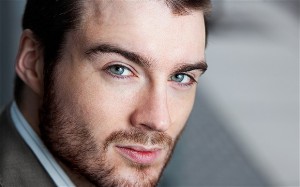 Mashable, a largest independent Internet news website and blog that covers social media, digital culture including development in mobile, and technology, memes and gadgets, was founded by Scottish-American Pete Cashmore in 2005 from his bedroom in Aberdeenshire, Scotland. In an interview to the Telegraph, a leading British daily, Cashmore revealed that the idea of Mashable did not just cross his mind as an idea. He actually wanted to ‘make a difference’ but from the comfort of his bed.

Cashmore is one of those significant figures whose passion for sharing information has revolutionized human interactions and redefined cultures of connecting with the world using web content and social networks. Apart from Mashable, he also writes a weekly column on social media and technology at CNN. According to reports, Mashable draws over 20 million monthly unique visitors amounting for more than 80 million pageviews per month and has 4 million social media followers, making it one of the most influential internet news outlet. Mashable is headquartered in New York City with another office in San Francisco.