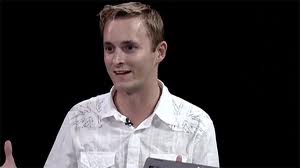 Matt Mickiewicz is the co-founder of one of the gigantic web community, information sharing and one of the first Melbourne-based online forums SitePoint.com. He is also founded the premier online destination for websites flipping-in-auction, Flippa.com, and an online platform for designers 99Designs.com that has crowdsourced projects of design for thousands of small businesses as well as reputed brand names including Dish Networks, Adidas, TiVo, Wikipedia and many more. Matt’s entrepreneurial career began at the age 15 whilst in high school when he managed an advertising deal worth $10,000. He bought his first BMW with even before he was 17 and still at school.

Through SitePoint.com, Matt is actively involved in promoting Web Professionals, empowering them to become more profitable. From 2008 on, he has been playing an active role in promoting 99designs, and has successfully established it as #1 online marketplace for crowdsourced graphic design. In less than 4 years, 99designs has paid over $30 million to its designer community. In 2010, the company was awarded Webby People’s Voice Award for being the ‘Best Web Service & Application’ of the year.

In June 2009, Matt Mickiewicz and his business partner Mark Harbottle founded Flippa.com which sells more than $3 million worth of website and domains every month. At present, Flippa ranks #1 among the marketplaces for buying and selling websites.