An active and contributing member of Boston’s entrepreneurial community, Dharmesh Shah is co-founder and CTO of HubSpot, Founder of OnStartups.com, speaker, author as well as an angel investor in over 30 startups. 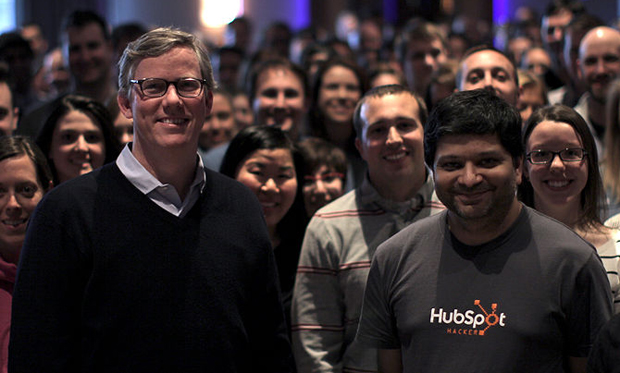 Dharmesh Shah is a renowned Indian-American entrepreneur, widely acclaimed coder, investor and a successful blogger all together. He completed B.S. in Computer Science from the University of Alabama in Birmingham (UAB) and graduated with M.S. degree from MIT. On completion of his study at the age of 24, he started his first successful venture HubSpot.com. He is the co-author of “Inbound Marketing: Get Found Using Google, Social Media and Blogs” The book was published in 2009 and has been one of the top 50 marketing books on Amazon ever since.

In 2006, Dharmesh teamed up with Brian Halligan and together they founded HubSpot, a Cambridge, Massachusetts based a venture-funded marketing software company while still a student at the Massachusetts Institute of Technology (MIT). Since its inception, the company has witnessed overwhelming growth and has over 6000 customers in all continents. As of March 2012, the company’s valuation was estimated at about $225 million. The company has received several honors and awards: the Massachusetts Economic Impact Awards, TiE50 Award, the BtoB Social Media Marketing Award in 2010, Deloitte’s 2011 Technology Fast 500 (ranked at #8) and was ranked at #33 in the 2011 Inc. 500.

Prior to HubSpot.com, he founded an enterprise software company in the financial services sector named Pyramid Digital Solutions in 1994. In 2005, it was acquired by SunGard for several million dollars. Today, apart from HubSpot, he runs his blog OnStartups.com, which has more than 220,000 members in its online community. Dharmesh also founded inbound.org, which has been often described as “hacker news for marketers” along with Rand Fishkin, CEO of SEOMoz. He has invested in dozens of companies including WP Engine, Curebit, UserVoice, Stack Exchange, Marginize and several others.