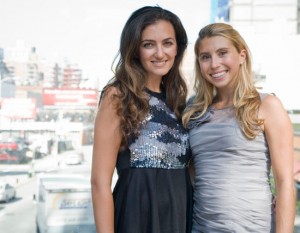 Rent the Runway, popular as RTR, is a membership-based company that offers renowned designers’ attire and accessories on rent for up to 8-days. RTR was launched in 2009 by two Harvard Business School graduates Jennifer Carter Fleiss and her classmate Jennifer Hyman.

According to Jennifer Hyman, the idea of launching RentTheRunway came to her mind when, a day at home, she watched her sister Becky struggle with ‘closet full of clothes but nothing to wear’ moment. She then realized that it wasn’t possible for an average-salary-taker to afford the dream dresses. After returning to the university, Hyman discussed her business plan with Fleiss to which she immediately agreed.

Today, RentTheRunway proposes more than 25,000 accessories designed by more than 165 designers including some significant figures such as Vera Wang Badgley Mischka, and Calvin Klein. By the end of 2011, the company made its strong base in more than 150 campuses through its Runway Rep college program and had over 1.5 million signed up members for accessing stylish accessories.

In 2010, TIME magazine called RenTheRunway one of the 50 best websites of 2010 and Fast Company named it one of the 10 most innovative fashion companies of the year. Co-founders Jennifer Hyman and Jennifer Carter Fleiss were in the list of the Top 30 Under 30 of Inc. Magazine and Most Influential Women in Technology by Fast Company.