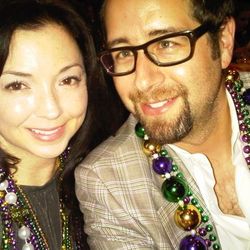 According to Yahoo Finance, Michael Lazerow and Kass Lazerow, founders of Buddy Media, are to sell the company to Salesforce for $689 million. The deal includes $467 million in cash, $184 million in the form of Salesforce’s shares, and the rest $38 million in Salesforce options and restricted stock units. The transaction, however will take place place in October-November this year.

New York-based company Buddy Media was founded in 2007 by serial entrepreneur Michael Lazerow and his wife Kass Lazerow to help businesses optimize their social media marketing programs. Over the years, it has emerged as one of the most effective social enterprise software allowing its customers to perform multiple tasks: publishing content, placing and optimizing social advertising on the networks such as Facebook, LinkedIn and Twitter and measuring the effectiveness of social media marketing campaigns. It comes with dozens of other features including determining the effectiveness of the content (status updates, micro-blogging etc.) testing various strategies to drive the most engagement and optimizing return on investment.

Currently, Buddy Media serves about 1000 customers worldwide including several Fortune 500 companies such as HP, Ford, and L’Oreal. It also works with some of the biggest marketing agency groups such as Publicis, WPP, Omnicom and IPG. Moreover, it is the only company that has been named as Google Engagement Solutions partner charter Facebook Preferred Marketing Developer, and LinkedIn Certified Developer.

Michael Lazerow is a serial entrepreneur, speaker, investor and thought leader who has co-founded and run four successful internet-based media companies, all from scratch. Prior to Buddy media, Michael founded University Wire and later sold it to CBS Corp. Next, he teamed up with his wife Kass Lazerow and founded GOLF.com, an online golf media. In January 2006, it was purchased by Time Warner’s Time Inc. In addition, Michael contributes to some of the most reputed magazines as a columnist, the name includes Business Insider, Fortune, Advertising Age, AllThingsD, and MediaPost. He regularly speaks at Bloomberg Empowered Entrepreneur Summit, MediaPost OMMA Global, Web 2.0 Expo, Mashable Connect, and iMedia Brand Summit.

Michael has a B.S. and M.S.(graduated in 1996) in Journalism from Northwestern University.

Kass Lazerow has been working with her husband for almost a decade and has extensive experience in marketing, consulting and business operations. She has a B.A. in Economics from Dartmouth College in 1993. Kass has been the co-founder of all successful companies she founded with her husband Michael. Kass had started her career by founding Jaffe Associates, a marketing and management-consulting firm which she sold and then joined Giant Step as as Director of Business Development and Public Relations and Marketing.