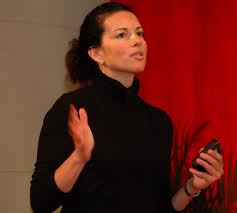 Gina Bianchini is a serial entrepreneur and has worked as the CEO of Ning Network, an online platform where anyone can create their own social network on whatever theme or subject they want. In October 2005, she co founded Ning along with an American software engineer, entrepreneur, and multi-millionaire Marc Andreessen. Ning was a very impressive and successful venture with approximately 2.3 million user-created networks and over 45 million registered users.
In 2010, Gina resigned from the company to move on to other ventures. She started her newest venture Mightybell, which is a social networking app that assists users to create their own experiences and break them down step-by-step on how they accomplished the journey, what are the accessories needed, how one should utilize them and other details. In her words,

“With Mightybell, you can step into a world of curiosity and serendipity and create a more colorful life.”

Users also can check the progress of other people participating in the same experience. The site has been funded by a seed round led by Floodgate.

Prior to Ning, Gina Bianchini served as Chief Marketing Officer at Harmonic Communications, financial analyst at Goldman Sachs, and a Director of Business Development and Investor Relations at CKS Group. She completed BA in Political Science in 1994 from Stanford and MBA from Stanford Business School in 2000.