“My future starts when I wake up every morning. Every day I find something creative to do with my life.”― Miles Davis 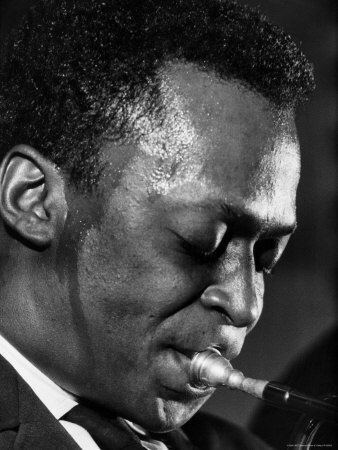 Miles Davis, one of the greatest visionaries and the most prominent musicians of the 20th century, was born on 26 May, 1926 in Alton, Illinois and died on 28 September 1991. He is widely known as a jazz musician, trumpeter, bandleader, as well as composer. He pioneered several developments in jazz music, including bebop, cool jazz, hard bop, modal jazz, and jazz fusion. Davis was called the father figure in the history of jazz”

He belonged to an affluent African-American family in Alton and enjoyed a comfortable lifestyle. His father was an established dentist. His musical career began at the age of 13 and by the age of 16, he became the member of music society. On completion of his graduation in 1944, he joined Juilliard School of Music at New York City. Soon he dropped the idea of going further with Juilliard because of their focus on the classical European and “white” repertoire, according to his autobiography. His fine tune, unique ideas, and fertile imagination worked as an asset to make overcome his minor technical shortcomings.

In 1948, he formed a nonet with the renowned jazz artists J.J. Johnson,Kenny Clarke, Gerry Mulligan, and Lee Konitz, and used the instruments that were rarely heard in a jazz context. The group could not continue for a long time but during its concise history, they made dozens of tracks that were released as singles in 1949. These recordings dramatically changed the shape of modern jazz and paved the way for the West Coast styles of the 1950s. All the tracks were later collected in a single album Birth of the Cool (1957).