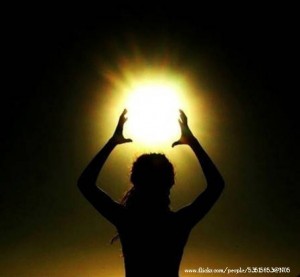 Some of the world’s most successful people, before attaining success in their respective fields, could envision themselves marching towards their success. They are the people with positive frame of mind. If you consciously think that you are a successful person and open your heart and soul to possibilities, success will reach you. Likewise, if you consider yourself that you are a flop, you will become a flop in your life. There is a popular saying “You become what you think and believe”. If you always expect scarcity in your life, scarcity will befall you. If you always conjure up abundance, abundance will follow you.

Great celebrities’ lives have expounded that to achieve success at personal level, you must believe in success and paint a picture of yourself succeeding. The conscious mind and the sub conscious mind must work together to create success. To achieve success, your beliefs about success should be properly programmed. So, to achieve great feats at personal level, “you need to plan your work and you need to work your plan”

Everyone is endowed with a fountain of energy and a reservoir of potentialities. If you need to believe that you have a right attitude and affirmation to succeed, success will trail behind you. Strong will and determination and right efforts will fetch success and fame. The most celebrated mathematical genius, S.Ramanujan is an example for how a strong will to achieve could fetch name and fame. Though he was very frail in his health and stature, he consciously believed that he could do great strides in mathematics, and success followed him. His theorems are still researched by the scholars. S.Ramanujan consciously believed that he could achieve, his sub conscious mind absorbed it. His conscious and subconscious mind worked together and he could create many sums and theorems.