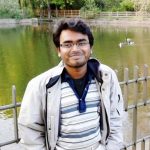 Nachiket was never the run of the mill guy- he always had a larger perspective of life. Earning a hefty salary and then settling down was never his priority. So almost predictably, after completing his laudable academic pursuit, he associated himself with an NGO, working in rural areas.

His zeal for social service took him to various remote villages and it was a night before, when he was about to undertake such an errand, that I received a call from him.

“Why don’t you come along with me tomorrow early morning as I visit a village which is four hours drive from here? You are now on vacation and I believe you don’t have any fixed agenda….”

It was more of an insistence than a request, considering his proximity to me. I was on two week leave from my work, at my native, and waking up early in the morning for a four hour drive across the bumpy, dusty rustic road- without any prospect of amusement- didn’t seem an enticing proposition. Nevertheless, I complied-refusing Nachiket was just not on.

As we stood by a roadside dhaba, after an hour through our drive- and having gulped a glass of lassi (a traditional milk drink) down our throat- Nachiket, in just the precise earnest, set about to enlighten us as to what brought us together that morning:

“Kamlesh used to be a daily labourer working in a construction site. Yesterday evening, he met with premature death as he fell down from the fifth floor while repairing the ceiling. He is survived by his wife and a new-born child and is not known to have any close relatives who can see them through the tough time. We are there to see if we can be of any help to the young widow and his little son.”

I was exhausted as we reached our destination after more than four hours of bumpy ride, but the conviction of Nachiket to help a family in distress, who was not even remotely related to him, lifted my spirits.

As we reached the hut, where the bereaved family resided, we found a gathering of elders: the males kept themselves outside the hut, seemingly lost in animated conversation; and the females silently placed themselves just inside the threshold of the door. They, however, did not seem to be deeply moved by the ill-fated incident; but no sooner they discovered our entry, the women folks suddenly erupted into wailing as loud as their vocal cord allowed.

But we were not to be distracted; rather what attracted our attention was the sight of the young widow (kamlesh’s) sitting in a bed with her child clutched firmly to her chest. Nachiket approached her with poise, as I gathered enough courage to follow him.

Nachiket soon took down her relevant details, which would be required for his office work, and the widow answered them resolutely without revealing any sign of the storm that befell her and her child.

“Will you be willing to work for a garment factory where my organization employs widows like you?” Nachiket asked.

“You shall be paid enough to sustain yourself and your child,” he concluded.
“Will I be able to take my child along?”

She asked almost pleading- and as she raised her eyes, I perceived the vulnerability that she exuded for the first time.

“Definitely-other widows do the same,” Nachiket confirmed.
And suddenly she broke down profusely, holding her child tight and uttering in interrupted yet unwavering voice-
“I will work…I will work…”
This time we were touched at the outpour of agony.
As we came out of the hut, Nachiket gushed confidently –
“She will stand strong; her child will give her all the strength.”
I nodded in acknowledgement.

And as I alighted from the car at the end of our journey, I thanked Nachiket: it was not merely another trip, after all.