Naveen K. Jain is a typical rags-to-riches story who is amongst the most successful Indian-born American entrepreneurs. He is the founder of World Innovation Institute, Intelius, InfoSpace, and Moon Express. 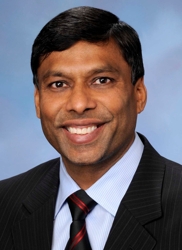 Poverty is not a hindrance for an optimist who seeks opportunity in every difficulty. He stumbles on obstacles from time to time but gets up and hurries off as if nothing happened. Born on 6 September 1959, Naveen Jain proves that nakedness, homelessness might be poverty in the materialistic world but greatest poverty, in reality, is not desiring to come out of it.

Naveen grew up in different small villages of Uttar Pradesh, a central Indian State, and occasionally lived in New Delhi and later at Roorkee to pursue his B.Tech. He recalls his early years to be very difficult and that he never had lived in one city for more than six months to a year and there was no place for him to call home. Sometimes, he had to spend his day hungry – nothing to eat. His father was a typically honest public servant whose unwillingness to accept bribes made him vagabond or refugee in his own country. His transfer was inevitable and it would happen frequently sometimes thrice in a year and was often posted at remotest areas. Despite the acute poverty, his sister went on to completing her post doctoral studies in mathematics, his brother did his Phd in statistics and computer science and he somehow managed his engineering degree from IIT Roorkee followed by an M.B.A from XLRI School of Business and Human Resources. On completion of M.B.A, he was hired by Burroughs and invited to the United States for year long training. Burroughs was over a century old a major American manufacturer of business equipment and later merged with Sperry Corporation to form Unisys.

In 1996, Naveen Jain started InfoSpace to provide quick and immediate information on cellular phones as well as other mobile devices. After two years, in 1998, he made his idea public and within less than a year, the company was valued at $35 billion. The idea of InfoSpace seemed crazy to many industry analysts but he succeed to prove that it truly was worth multi-billion dollars. Naveen’s key to success is self-trust, to which he gives utmost priority. He says, “if you have guts to trust your own instinct, it’s worth pursuing and your efforts will never go in vain.”

InfoSpace was his first successful venture which made him a billionaire. In 2002, he quit his own company due to some irreconcilable differences with the board and the partners and founded another creative venture a U.S. based public record business Intelius in 2003. The company provides information services to consumers as well as businesses which includes background checks and identity theft protection. Later, he co-founded a privately held seed-stage company Moon Express along with a group of Silicon Valley as well as space entrepreneurs.

Naveen Jain has been honored on many occasions for his leadership skills, entrepreneurial success and overall accomplishments including Albert Einstein Technology Medal for pioneers in technology; Six People Who Will Change the Internet by the Information Week; Top 20 Entrepreneurs by Red Herring and many more. In 2011, he was awarded “Light of India Business Leadership Award” by The Times Group for his “visionary entrepreneurship” and received the Lifetime Achievement Award at the Red Herring Global 2011 Conference.