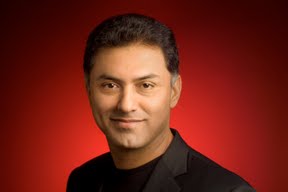 Nikesh Arora has been holding several important positions in Google since his joining the company in 2004. Currently, he is responsible for Google’s global direct sales operations. Apart from developing and managing the company’s operations in the Middle Eastern, European, and African markets, Nikesh also plays very significant role in expanding Google’s strategic partnerships in the specific regions to increase the number of users, advertisers and profits. In 2012, he has been listed among one of the Most Powerful Digital Indians by GQ India.

Prior to Google, he has worked for various international companies including Deutsche Telekom, Putnam Investments, and Fidelity Investments and later he worked for T-Mobile Europe as the Chief Marketing Officer as well as a member of the management board. He has also been a member of the board of directors of Bharti Airtel Limited since October 2009.

In 1989, Nikesh Arora completed his bachelor degree in electrical engineering from the Institute of Technology (BHU) Varanasi and then a Master degree from Boston Collegeand later a Master of Business Administration from Northeastern University.