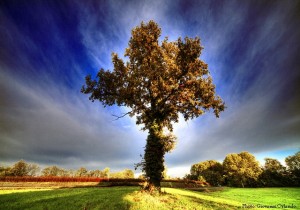 Learning and comprehending various subject matters of a varied interests are key to self-improvement. A well-informed and learned person makes wise decisions and thus earns his respect in society. His accumulation of knowledge helps him take efficient actions that fetch good dividends. A learned person always stays young in his spirits and thoughts, making him vibrant all through his life.
Once, Henry Ford, a pioneering industrialist of the United States said, “anyone who stops learning is old. Anyone who keeps learning and updating his knowledge stays young for ever.” Henry Ford actually walked his talk. He was a voracious reader on the topics of automobiles and innovations. His notion still holds today’s context.

A non-stop learner amasses knowledge on various topics of interest that lead to
self-confidence, self-respect and self-acceptance. Self-acceptance is the foundation that supports self esteem. Akin to refinement of tonnes of raw ore to obtain the precious metals such as silver, gold, and platinum, a knowledge seeker distills himself to obtain the precious jewel of ‘truth’. If a person can find the truth within, he gets rid of ego and becomes a refined personality.

A self-disciplined person can very well prefer to share his wealth of virtues with seekers of excellence. Such a generous person can be dubbed ‘an intellectual billionaire’. Yes, we all have the potential to become intellectual billionaires, if we learn from various great writings of great persons – past and present – who lived authentic lives and helped the humanity through their deeds and conducts.

This is the 150th birth anniversary year of Swami Vivekananda. Why are we still talking about him.? Swami Vivekananda metamorphosed into a refined human being even at a young age of 39. We call him a youth icon for a variety of reasons. I would say that Vivekananda’s message to youth was not in what he preached and sermonized. His message lies in how he lived and carried forward his thoughts.

We revere and respect young billionaires of Silicon Valley who amass huge wealth and establish palatial mansions and enjoy the world’s richness; yet they vanish into thin within a short span of time. But still, the youngsters ape them and would like to achieve great things like them. We need to realize that a young monk who had lived just for 39 years is still being respected for his spiritual teachings. Hence, the youth should learn many noble spiritual nuggets from the life of Swami Vivekananda to become most refined persons in their lives.

The youth of today should learn from the biographies of great scientists like Marie Curie and Paul Ehrlich. Madam Marie Curie was able to recover a tiny amount of Radium after several years of research. The very findings of radium set a new trend in finding a treatment for cancer. Her pioneering work paved its way for furthering the research on cancer cure. It is interesting to learn that Syphilis, a dreaded venereal disease was more prevalent during the early twentieth century. The medical world was not able to find a cure. Paul Ehrlich, a medical scientist relentlessly worked for several years. He burnt the midnight oil and struggled through 605th attempts, he zeroed in on “Salvarsal” which was considered “a magic bullet” for curing Syphilis.

The likes of great scientist have proved that progress and innovations happen after many false starts and failures. It is notable that a large number of significant discoveries in medicine arose and happened not as a culmination of painstaking experiment but rather chance and even outright errors. Even for doing research continuously for several years, rigorous reading of scientific literature and other volumes are required. So, to get things done quickly over a period of time, a non stop reading is a must. For self-improvement we need to learn continuously.
Perhaps, there can be no ceiling for earning and learning!