“I think experience will teach you a combination of liberalism and conservatism. We have to be progressive and at the same time we have to retain values. We have to hold onto the past as we explore the future.”~Oliver Stone 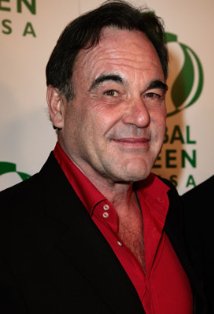 Three times Oscar winner, American movie director, producer and screenwriter, William Oliver Stone is one of the greatest film makers of our time. He has created several masterpieces- quite often on controversial subjects and sometimes on contemporary American cultural and political issues. His movies are full of different distinct angles and various styles and he is especially known for directing a series of films about the Vietnam War in the late 1980s and the early 1990s. He has received three Academy Awards for Platoon, Midnight Express, and Born on the Fourth of July.

Oliver Stone was born on September 15, 1946 in New York City to a native, atheistic born Jewish stockbroker Lou Stone and an upper class Catholic French mother. He was brought up in Manhattan and lived a wealthy and luxurious life. In 1967,he dropped out from Yale University to fight the Vietnam War as a soldier. He was honored with a Bronze Star for Gallantry and a Purple Heart for his services in the war. In 1971, he directed the first film Last Year in Vietnam, then a horror film Seizure in 1974, Mad Man of Martinique in 1979 and The Hand in 1981. From 1978, Stone came to the public attention after winning his first Oscar for Midnight Express.

Some of Oliver Stone’s famous and biggest hits include the political film Salvador in 1986, the Vietnam war film Platoon in 1986, much acclaimed film Wall Street in 1987, Oscar winning movie Born on the Fourth of July in 1989, the Academy Award-winning film Reversal of Fortune in 1990, controversial and most successful films JFK in 1991, Heaven & Earth in 1993, intentionally popular works U Turn in 1997, and Any Given Sunday in 1999 and many more.
Besides being a successful director, Stone has also been the producer of various successful movies including Reversal of Fortune in 1990, the highly acclaimed and emotional drama The Joy Luck Club in 1993, Oscar nominated film The People vs. Larry Flynt in 1996, The Corruptor in 1999 and the brilliant war epic Savior in 1998 and worked with a variety of film genres.

Stone is widely acclaimed as the champion of controversial movies and has been named as one of the most notable film makers of our time. Apart from winning Academy Award for three times, he has got several nominations- six nominations for screen writing, eight nominations for best acting, and three for directing and in total 31 Academy Award-nominations.