“If there is no struggle, there is no progress. Those who profess to favor freedom, and yet depreciate agitation, are men who want crops without plowing up the ground. They want rain without thunder and lightning. They want the ocean without the awful roar of its many waters. This struggle may be a moral one; or it may be a physical one; or it may be both moral and physical; but it must be a struggle.” ― Frederick Douglass 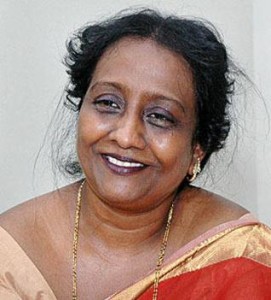 If taken positively, every struggle contains the the seed of growth and opportunity. The Struggle is when you refuse to give up and keep taking consistent actions amidst odds and hurdles, regardless of failures and disappointments. Patricia Narayan, the winner of this year’s ‘Ficci Woman Entrepreneur of the Year’ award, is a burning example of how to take advantages of hard times instead of being used and controlled by them and how to evolve through difficulties that lead you to the road of accomplishment – from battling against helplessness, getting rid of failed marriage and drug addict and abusive husband, and taking care of two small kids, she not only managed to pursue he passion but also laid the foundation of success on it by establishing the chain of restaurants.

Patricia Narayan’s journey started when she entered the threshold of a complete failed marriage with the person of her own choice who belonged to a Brahmin family. It was considerably troublesome issue for a very conservative Christian family to accept it. Unfortunately, she couldn’t cope up with drug addict and abusive husband who would beat her often. She was left with two choices –either to die with two small kids or fight her own battle as her father denied to help her in anyway. She started making pickles, jams and squashes at home. Her endeavor was successful and soon she found herself to be economically independent. Her first step of becoming of an entrepreneur was when she decided to sell bajjis, cutlets, samosas, fresh juice, coffee and tea Marina beach. On her first day, she could only manage to sell one cup of coffee for fifty paise. However, her progress was briefly stopped by the death of her newlywed daughter Sandheepa. Two years later, she returned to the business and opened her restaurant after her daughter’s name. Her success wasn’t a magic or miracle that happened overnight, it actually took her 30 years to be a successful entrepreneur.

Success isn’t a status or possession that stays with you for lifetime, or a permanent stoppage of an accomplishment, it is rather a constant journey where you have to maintain your consistency by putting your strength, potential, determination, and dedication in the service of your vision irrespective of odd and hostile circumstances, time and hurdles, which you call struggle. Struggle makes us mature to retain the success for a long time.

Pain is an inevitable part of life and it must not stop us from moving forward as ‘moving is life’ and ‘still is dead’. Patricia Narayan’s journey was briefly halted by her daughter’s death but it did not take permanently pause.

To be a successful entrepreneur, you don’t have to be highly educated (as degree doesn’t always ensure success). All you need is a genuine desire to trust your vision to accomplish your dream anyway and anyhow, determination to create opportunity out of adversity, honesty towards consistency on the rough way of destiny and patience to reach it and taste it.

Patricia Narayan’s rags to riches story will inspire millions of women to break free of abusive relationships and take the first step towards turning their lives in positive direction.