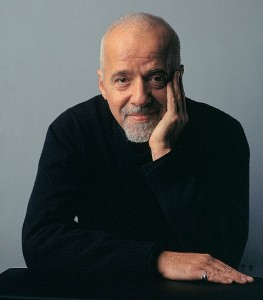 Once, a child born in Rio De Janeiro, Brazil was admitted to a mental institution, when his parents discovered that he was an introvert rebel, aspiring to be a writer. It is easy to control those who express their rebellion through action, but difficult to contain the rebel minds. After fleeing three times from the institution he was finally released at the age of twenty.

Going against his wishes, Coelho joined law school but dropped out and began living as a hippie. He travelled where life took him, got addicted to drugs, wrote songs, and became an actor, a journalist and a theatre director before discovering his true passion of becoming a devoted writer.

What makes an all time best-selling Portuguese language author, who has his work published in over 71 languages, with a widely increasing following say, “My dream was, and still is, to be a writer.”? Be it The Alchemist (1988), The Valkyries (1992), By The River Piedra I Sat Down and Wept (1994), Veronika Decides To Die (1998), The Devil and Miss Prym (2000), Eleven Minutes(2003),The Zahir (2005), The Witch of Portobello (2006), Aleph(2010) or the 10 second to 1 minute posts on his blog, his stories strike a chord with teens and adults making them feel as if it’s their unique life picture. And his work paints a different picture every time one reads it.

What makes the every reader identify himself with Paulo Coelho’s work?
It’s the remarkable journey he has taken, which is a symbol of our life; which is filled with fear of the unknown, hatred, frequent pangs of depression, of love – which we are afraid of expressing, the way we are pulled back into this ‘civilized’ society time and again, where we are told to ‘keep quiet and stand still’ as children and speak out and participate in workshops to ‘develop our personality’ as adults. In a society which expects you to behave according to the conventions, where an artist’s freedom of expression is sometimes censored by politicos, Paulo is a being who wants to experience and express life in his own manner regardless of what others think. As he says in The Alchemist, “Wherever your heart is, that is where you’ll find your treasure”. It seems he has found his.

It is a different matter altogether that he has become a widely read author. In our society, it is a paradox that we seek majority and authority for making things a part of our life. The year was 1999 and the sale of Russian version of The Alchemist was failing. The publisher dropped him. He posted a digital Russian copy of The Alchemist on his website. Today the sales of his books in Russia are over 10 million and growing. The Paulo Coelho Institute founded by him provides support to children and the elderly.

Paulo’s life is a story of seeing the divine within the dust. While his followers on Twitter will soon cross the five million mark Paulo continues to write, sharing the song of his life.