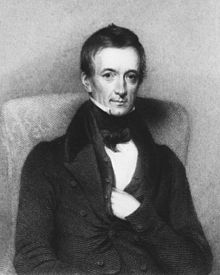 Peter Mark Roget was the British natural theologian as well as lexicographer. He is widely acclaimed for accomplishing the near-impossible task of compiling related words and phrases in the Thesaurus of English that he first published in 1852. The book is also known as Roget’s Thesaurus.

Roget was born in London on 18th January 1779 to a Swiss clergyman and his French wife Catherine née Romilly. His life was a series of painful events: His parents died young, his Uncle Samuel Romilly committed suicide by slitting his throat in front of him, and he himself dealt with obsession with his personality, cleanliness, depression and mental breakdown. Roget studied medicine from the University of Edinburgh and completed the degree in 1798. He established himself as a physician and published his significant research on tuberculosis as well as the effects and consequences of nitrous oxide, which is called ‘laughing gas’ and used as an anesthetic. He also invented a slide rule to calculate the roots and powers of numbers in 1814. Throughout his career as a physician, he significantly worked on different roots of medicine and wrote on wide range of related subjects and also contributed to the encyclopedias of the day.

Roget retired from his career in 1840 after which he dedicated his rest of his life on developing the project called ‘Roget’s Thesaurus of English Words and Phrases’. He started it as a small catalogue of related words in 1805 for his personal use but gradually the tiny book took a gigantic shape indexing thousands of words and phrases.

He died on 12 September in 1869 on holiday in West Malvern, Worcestershire. He was buried peacefully in the cemetery of St James’s Church.